One of the main sticking points is faculty representation on the board of regents. The premier said he would commit to amending the university act. NTV’s Ben Cleary reports. By Colleen Lewis — 5 days ago

Still with that story, we have reaction to the news that Education Minister John Haggie is taking time off to deal with a health issue.

People in central Newfoundland are wishing him well and hoping he’ll be back on the job soon.

NTV’s Colleen Lewis has the story The province has unveiled another tool in its efforts to curb wait times for cardiac care, especially in rural areas.

It’s called a “fly-in fly out solution”, bringing patients to St. John’s for procedures that are only offered in the capital. NTV’s Jodi Cooke reports. By Rosie Mullaley — 5 days ago

A Goulds man was sentenced to five and a half years in prison today and banned from driving for the rest of his life. Back in 2020, he crashed his vehicle while driving drunk, killing his girlfriend.

NTV’s Rosie Mullaley has the story. By Don Bradshaw — 5 days ago

The provincial government announced funding today for a variety of projects aimed at tackling the growing threat of gender violence in the indigenous community. NTV’s Don Bradshaw has more in this report. If you’re travelling, you may notice something a little different at St. John’s International Airport. NTV’s Amanda Mews is in Your Community with the details. The driver of a car is under investigation for failing to move over for a tow truck that was parked on the side of the road on Route 73 near Tilton early Tuesday morning.

Bay Roberts RCMP were called shortly before 7 a.m. Evidence gathered at the scene indicates the tow truck was pulled over to the side of the road with its lights activated and flatbed lowered, preparing to load a separate vehicle onto the flatbed. The car, which came up behind the tow truck, failed to move over and collided with the flatbed of the truck. The car was launched into the air and came to rest on its roof.  Nobody, including the tow truck operator, was injured.

The driver remains under investigation and charges are anticipated.

As is legislated by the Highway Traffic Act, motorists are required to move over when passing emergency vehicles, including tow trucks, when they are parked on the side of the highway with their lights flashing. 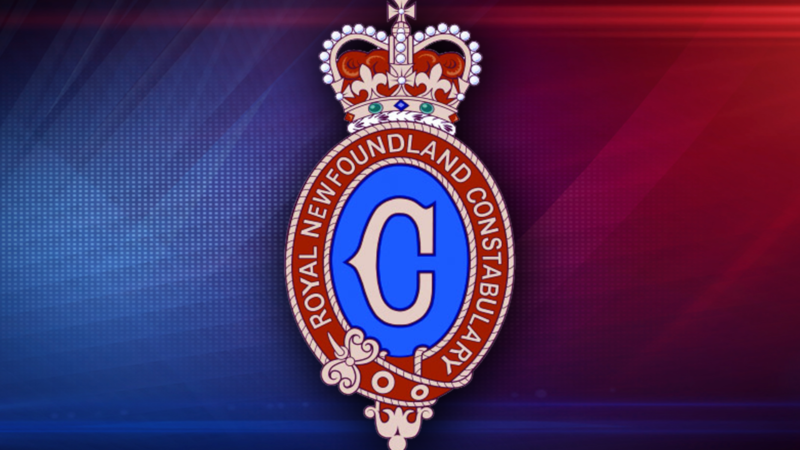 Police are asking for help from the public after multiple armed robberies on the Northeast Avalon.

On Jan. 30,at approximately 10:25 p.m., RNC Operational Patrol Services (OPS) responded to a business on Hamilton Avenue in St. John’s following the report of a robbery. Patrons in the business stated that a man entered the a business carrying a firearm. The man fled the area prior to police arrival.

On Jan. 31 at approximately 12:08 a.m., RNC OPS responded to a business on the C.B.S. Highway following the report of an attempted armed robbery. Reports indicated that a man had approached a business, carrying a firearm, and attempted to gain entry into the business. The man discharged the firearm at a locked door in an unsuccessful attempt to gain entry. The man fled the area prior to police arrival.

No injuries were reported in either incident.

In both of these instances, the suspect fled the area prior to police arrival. Investigators believe these incidents to be connected. The suspect in both incidents is described as a white man, believed to be in his 30s, wearing a red hat and a reflective jacket. The suspect was a driving a dark coloured, four-door, car.

The Investigation is ongoing. The RNC SCU ask that anyone with information, CCTV, dash camera or cell phone footage in the areas around the time of these incidents contact the RNC at 729-8000 or Crime Stoppers at 1-800-222-TIPS (8477). You can now provide information anonymously on the NL Crime Stoppers Website at www.nlcrimestoppers.com. By Bailey Howard — 6 days ago

More than 800 faculty members at Memorial University are officially on strike.

Picket lines went up at 8:00 a.m. this morning after conciliation talks hit an impasse this weekend. NTV’s Bailey Howard reports. By David Salter — 6 days ago

Memorial University’s student union has been vocal in its support of for the faculty association leading up to the strike.

Today, they continued to show solidarity. NTV’s David Salter has that story.