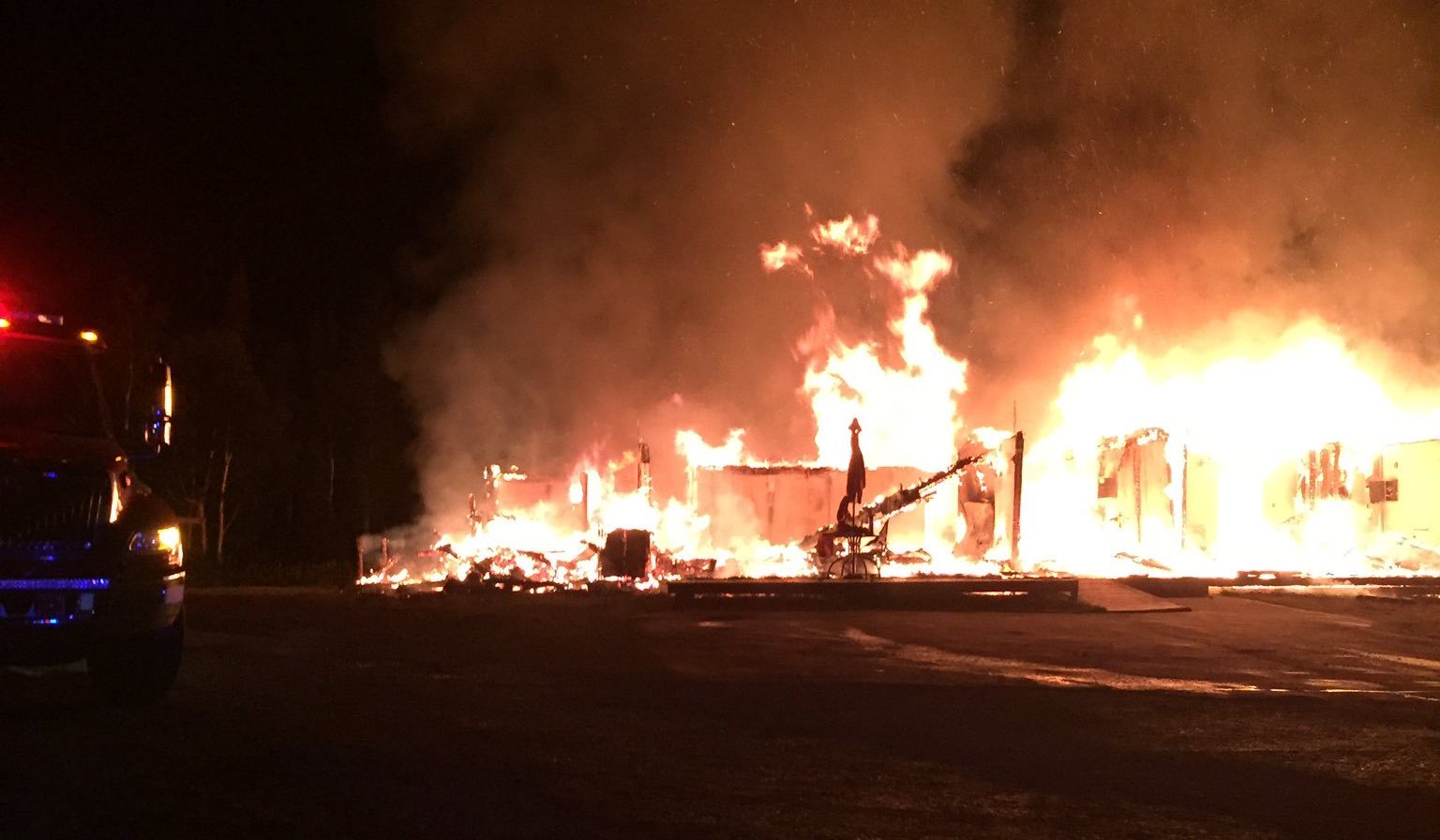 Fire crews had to battle a massive blaze near Baie Verte Wednesday night.

The building was previously a seniors’ home but had since been turned into a residence with rental units. Four people escaped the fire without injury. The structure has been flattened and crews continue to monitor for hot spots.

There was no fire hydrant nearby, so only one truck could battle the blaze at a time while another filled up. Crews were concerned about a tree line just 75-100 feet from the blaze. If it had ignited, the town of Baie Verte could have been in trouble. Low winds helped crews.

The fire department is currently without its rescue unit after major mechanical issues. Crews had to take rescue equipment and put it on a pumper that was being used to battle the blaze, limiting the department’s ability to access the highway for motor-vehicle accidents if something major had occurred.

The fire department is working with the local MHA to get the vehicle replaced. The rescue unit was bought 10 years ago from Nova Scotia where it had been taken out of service before the Dorset Regional Fire Department put it back in service.

Police are now investigating the cause of the fire.