Today, a father and son who were inside the Waterford Manor when it exploded testified to what they saw that day nearly three years ago. The two men had just returned home and were about to eat their takeout when the home exploded. 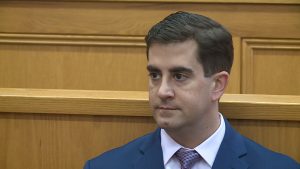 Jamie Snow said the whole place went boom. It was like it lifted off the ground. When he got outside he saw the building owner, David Badrudin, covered in gyprock. His hair was singed and his eyebrows gone from the blaze. He said Badrudin then drove off. Snow’s father, Bill Baron, described several explosions – one of which knocked him off his feet. 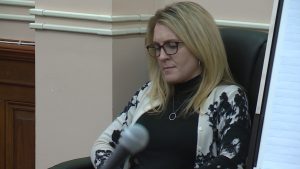 Earlier today, the manager of the Waterford Manor, Stephanie Hussey, testified that there were fears that Badrudin would damage the home. He had been banned from being there while unsupervised. However, weeks before the fire he had started coming around again. Hussey says she was getting ready for a event that evening when Badrudin arrived. She left him there, while she went to the store. 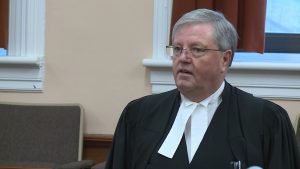 Minutes later she got a phone call that there had been an explosion and the building was on fire. Investigators say the fire was deliberately set. Four gas cans were found in various areas.

Three people lived there. They lost everything. The trial will continue in the morning when the Crown is expected to rest its case. Jury deliberations could begin before the weekend.