There was disturbing testimony today at the trial of Joshua Steele-Young as his ex-girlfriend testified that Steele-Young often threatened to harm himself or others. 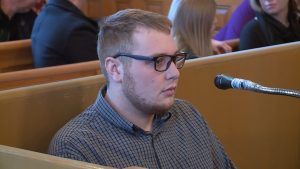 In fact, Morgan Pardy’s testimony was that the accident they were in was not far from where Steele-Young’s friends were injured and a place that Steele-Young said he would go to hurt himself. Pardy, who was left paralyzed by the accident, said the two had broken up just days earlier, and that Steele-Young wasn’t happy about the breakup. Their relationship had deteriorated with Pardy being verbally abused. She said she ended the relationship via a text message after the abuse turned physical. 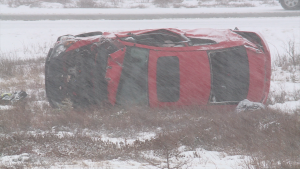 On March 20, 2017, as the two turned onto Pitts Memorial Drive, Steele-Young struck a pothole, increasing his anger. She said Steele-Young was pounding on the center console yelling at her. Her testimony was that she was pounding on the dash, screaming to let her out of the car. She said she took off her seat belt, then – what seemed like five seconds later – she awoke in intensive care. The trial is expected to continue in the morning.