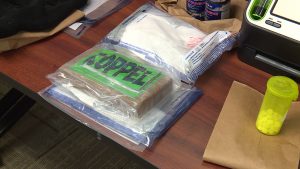 St. John’s area. Police are linking them to organized crime – and now there have been arrests. It is called Operation Ragged, employing 20 people over seven months. As a result 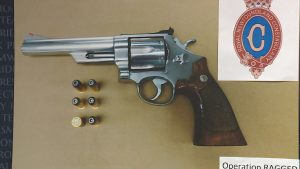 of that investigation, police seized three quarters of a million dollars in items – $200,000 in cash, 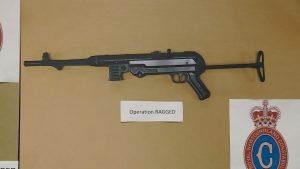 two kg. of cocaine and other drugs, three vehicles, and several weapons – at least four of which were loaded and/or prohibited.

Arrested are Tyler Downey and Jake Long, both 24 years old and from St. John’s. 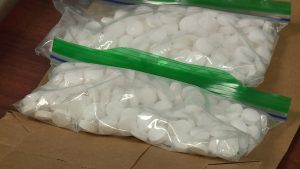 Police anticipate another four arrests. Together they expect to lay close to 100 charges. Police are concerned about what they found in some of the searches, especially since one of the handguns, a .44-magnum, was stolen in New Brunswick two decades ago.

Police say this seizure sends a clear message to drug dealers that they have the expertise and experience to take down large scale operations.

Meanwhile, another hit to the drug trade on Friday. Police also seized two kilo’s of cocaine – unrelated to Operation Ragged.