The Trans Canada Highway west bound was closed for several hours this morning after a transport truck caught fire. 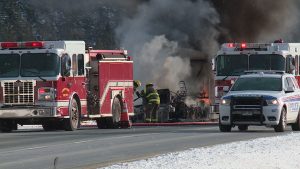 The 58-year-old driver of the transport truck is being treated in hospital for smoke inhalation.

He was west bound, having just passed the Foxtrap Access Road, and was  approaching the weigh scales when the truck caught fire. 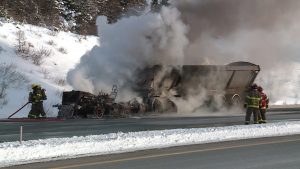 Firefighters from the Mount Pearl fire station were first on the scene, they quickly exhausted their water tank and called for assistants from the Paradise station. 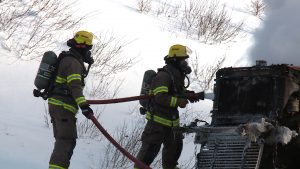 They responded with both their pumpers and a water tanker.

It took all their efforts to bring the fire under control. The semi was destroyed as a result of the fire. 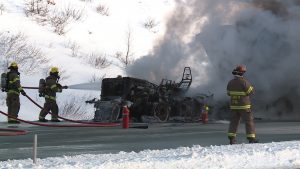 At last report the driver was doing well. There is no word as to the cause of this morning’s blaze.

The highway has since reopened.