He made the announcement late Friday, citing business interests. It came just a day after he announced he was in the race. Perrin would have faced NDP leader Alison Coffin in the general election. 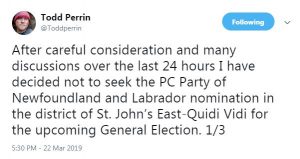 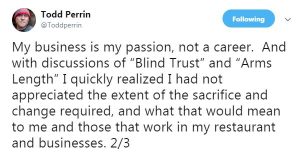 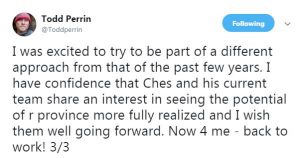