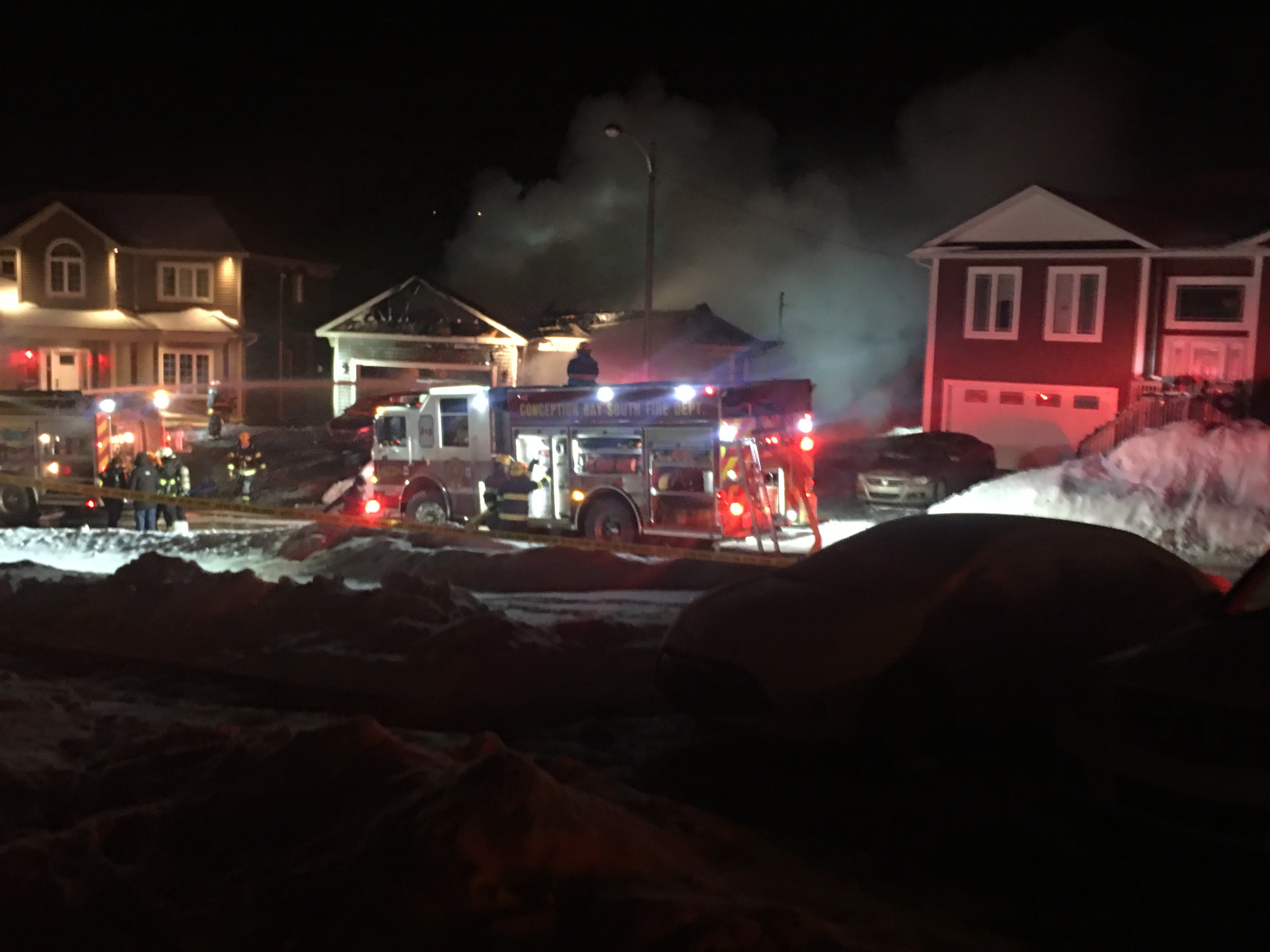 Several families, as well as the community of Conception Bay South, are trying to come to terms today with a devastating fire over the supper-hour last night that claimed the lives of a couple and their five year-old grandson, who they were babysitting.

Amateur video show the inferno on Emerald Creek Drive, off the Foxtrap Access Road, as firefighters arrived on the scene.

#nltraffic Major house fire now on Emerald Creek Drive off Foxtrap Access Road. Appears that the house is destroyed. Hoping that everyone got out and that fire crews can prevent this from spreading. @NTVNewsNL @VOCMNEWS @CBCNL pic.twitter.com/2xUjTyy68d

The first calls started came in over the supper-hour on Thursday.

Flames kept firefighters back from the home, they relied on monitors and water cannons to battle the blaze. It took several hours to bring the fire under control.

Intense heat from the home even damaged neighboring homes. At times firefighters turned their hoses on those homes to keep the fire from spreading.

An ambulance stood by as firefighters battled the blaze. Neighbors tried to comfort family of the deceased who were devastated as they arrived at the scene.

Dozens of police officers converged on the area, as fire fighters continued to fight the fire. Police are saying very little about what happened as the investigation continues.