A single-vehicle crash on the Southern Shore Highway caused significant delays this afternoon, and sent several people to hospital. 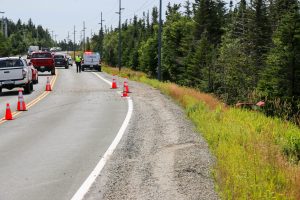 Emergency crews were called to the scene, just south of Bay Bulls Big Pond shortly before 1:30 p.m. and arrived to find a sedan several metres down an embankment. The driver of the southbound car lost control, veering off the road and into the bushes below. Several occupants of the vehicle were taken to hospital with what were described as non life-threatening injuries.  The car suffered moderate damage. 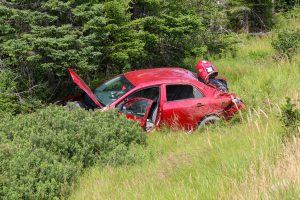 The road was reduced to one alternating lane as the Royal Newfoundland Constabulary conducted their investigation. 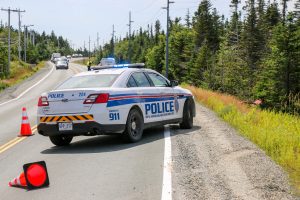