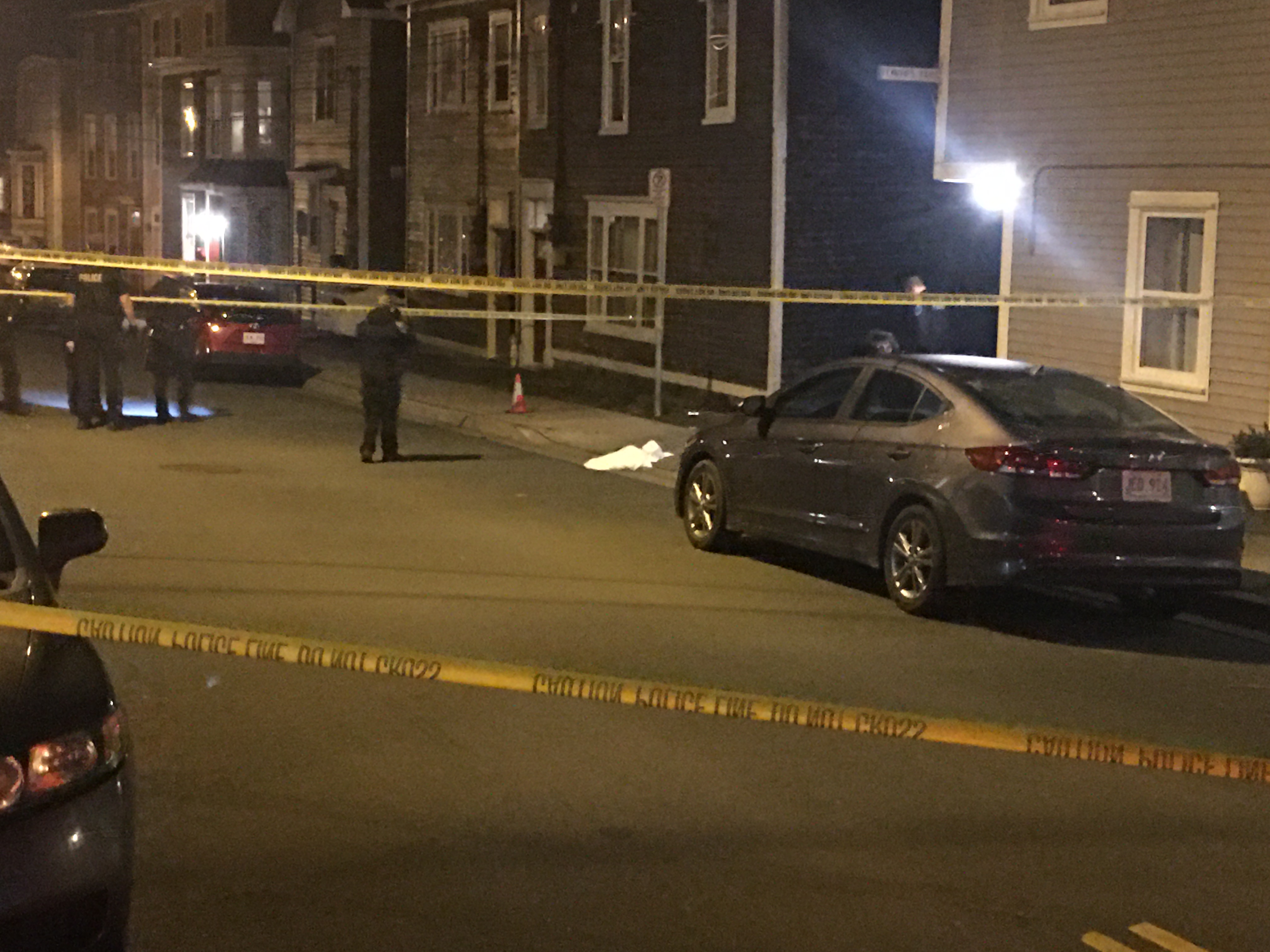 Few details are available on Bond Street at this hour. 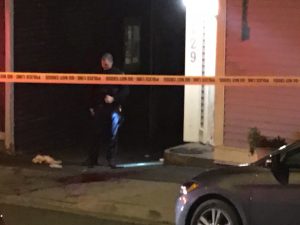 We know that one person has been taken to hospital with what has been described as serious and possible life-threatening injuries. 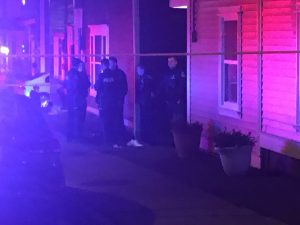 Rescue personnel were performing CPR on the young man as they loaded him aboard an ambulance.

Police have closed off the street. A handgun and cell phone are visible outside what people have described as an area boarding house.

A police dog has been brought in and is currently searching the area. At this hour, police do not appear to have anyone in custody. The investigation continues.