Dennis Lawlor of Paradise plead guilty this morning to two counts of drunk driving. He has now been convicted eight times but says his health is too grave for him to go to jail. 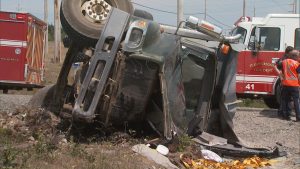 An accident in 2012 was the catalyst for the 46-year-old. He overturned a dump truck with a blood-alcohol level more than three times the legal limit. It took emergency personnel two hours to free him from the vehicle. He suffered multiple broken ribs and a punctured lung. After that he began drinking up to four flasks per day. Since 2012, he amassed a total of eight convictions for drunk driving, even though he had lost his license. In 2013, he was given a five year driving prohibition. After being nabbed for drinking and driving once again, he was issued an eight year prohibition just a year later.

Lawlor was most recently arrested in April of 2017 when he was driving a truck with a plow on it along Prince Philip Drive. Police had received reports of a vehicle that was involved in multiple hit-and-run collisions on Prince Phillip Drive. His blood-alcohol level at the time was, again, three times the legal limit. 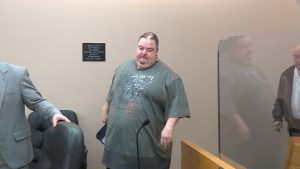 An open flask of Volka was found in the center console.
Meanwhile, Lawlor suffers from obesity hypo-ventilation syndrome and uses a BiPap machine, similar to a Cpac machine to help him breathe at night. It needs a clean environment to work properly.

Lawlor say conditions at HMP could put his life at risk. The Crown says initial indications are that the prison could safely accommodate Lawlor, and will wait to hear from medical professionals before deciding if it would give notice of an increase penalty, meaning they would be seeking jail time for the repeat offender. As it stands now, Lawlor could be given a conditional or intermittent sentence. Lawlor told the court he has changed his life since his last arrest and alcohol will never touch his lips again.