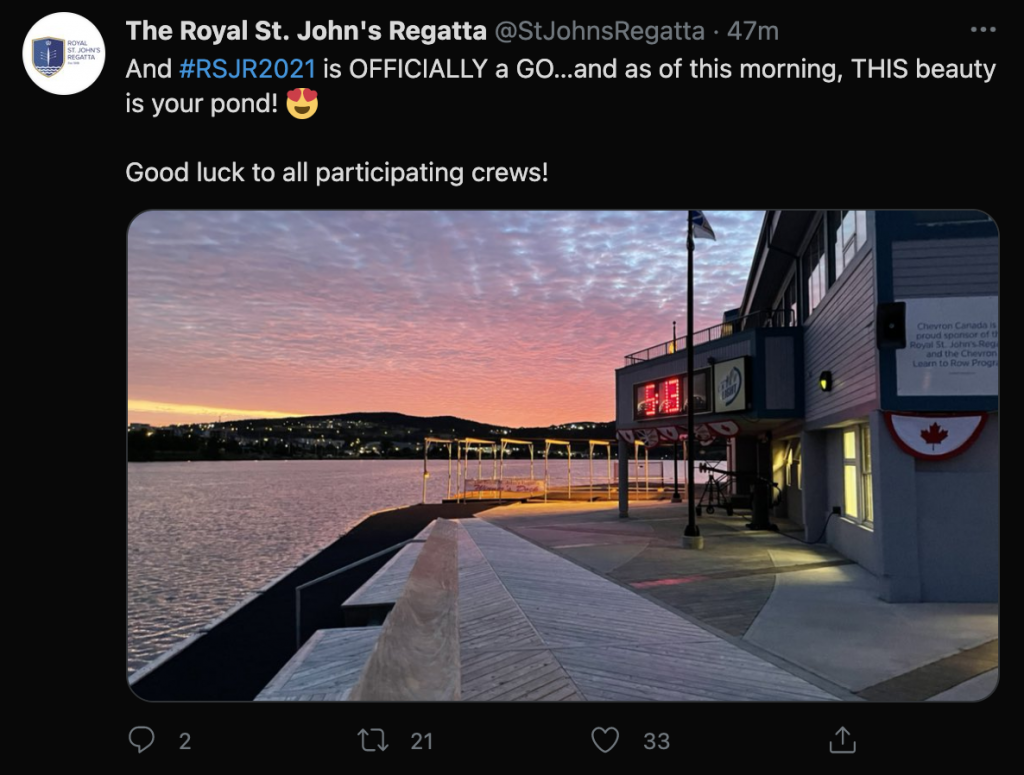 The Regatta was postponed yesterday, for the first time since 2008, due to high winds on Quidi Vidi Lake. Winds speeds today are much more favorable for rowing.

NTV would like to wish good luck to all the rowers taking part in today’s regatta! NTV will also be bringing you live coverage of the championship races beginning tonight at 6:30 PM following our news broadcasts.