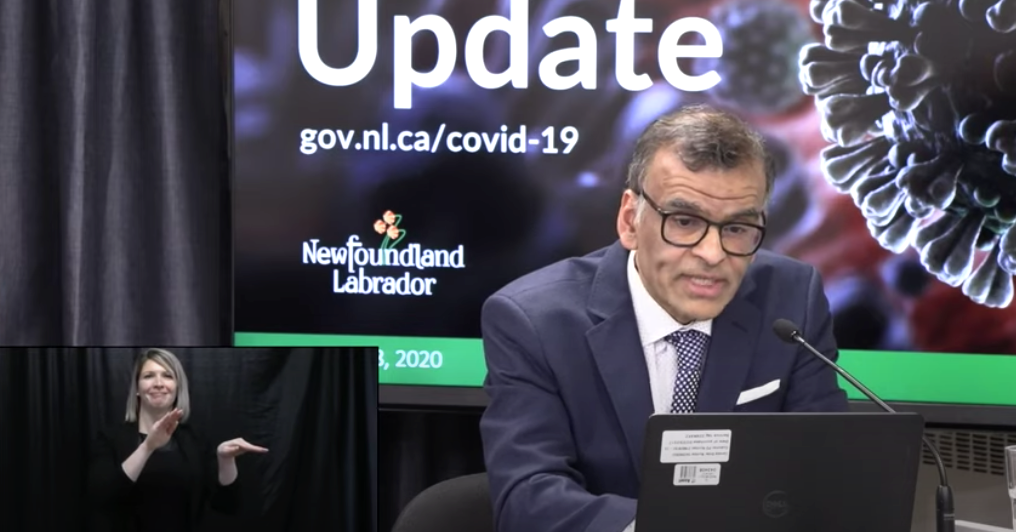 UPDATE | Monday there will be a modelling update (Dr. Raman will be on the panel).

Over the weekend there will be no briefings, info given through news releases (I’ll make sure to post here on twitter).

The provincial government released its projections on Wednesday, April, 8. for how the COVID-19 pandemic may unfold in Newfoundland and Labrador.

Dr. Proton Rahman, a clinical scientist, and professor of medicine, released two scenarios. In the first scenario, which reflects the province’s current measures, 32 percent of the province’s population would be infected over two years. Infections would peak in November and hospitals and ventilators would not be over-burdened, although ICU beds could be overwhelmed by the end of June.

In the second scenario, which would involve the province relaxing its social distancing rules, 51 percent of the population would be infected and the health care system would be completely overwhelmed.

There were no projections for deaths because there is not enough data.

Rahman concluded that public health measures have clearly had a significant impact in flattening the curve, but the province needs to continue and further improve efforts to achieve the best possible outcome. Future outcomes for COVID-19 are highly dependent on the collective effect of individual actions to stop its spread.

Rahman also released short-term projections showing current and worst-case scenarios for acute care and critical care until April 30. They show the province’s current path will likely not overwhelm critical care beds by the end of the month.