A 54-year-old man from Salmon Cove has been charged wtih possession of a weapon for a dangerous purpose, mischief by damaging property and a breach of his probation order after being taken into custody by Harbour Grace RCMP Tuesday morning. 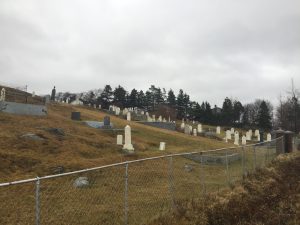 Police received a report around 8 a.m. that a man had damaged a vehicle with a weapon in Salmon Cove and departed the area on foot. RCMP located the lone man, who was still in possession of the weapon, at the United Church cemetery. Officers set up a perimeter of the area in the interest of public safety.

A short time later, the man was taken into custody with the use of pepper spray and was brought to the hospital for medical treatment. He remains in custody and is being held for a court appearance later Tuesday.