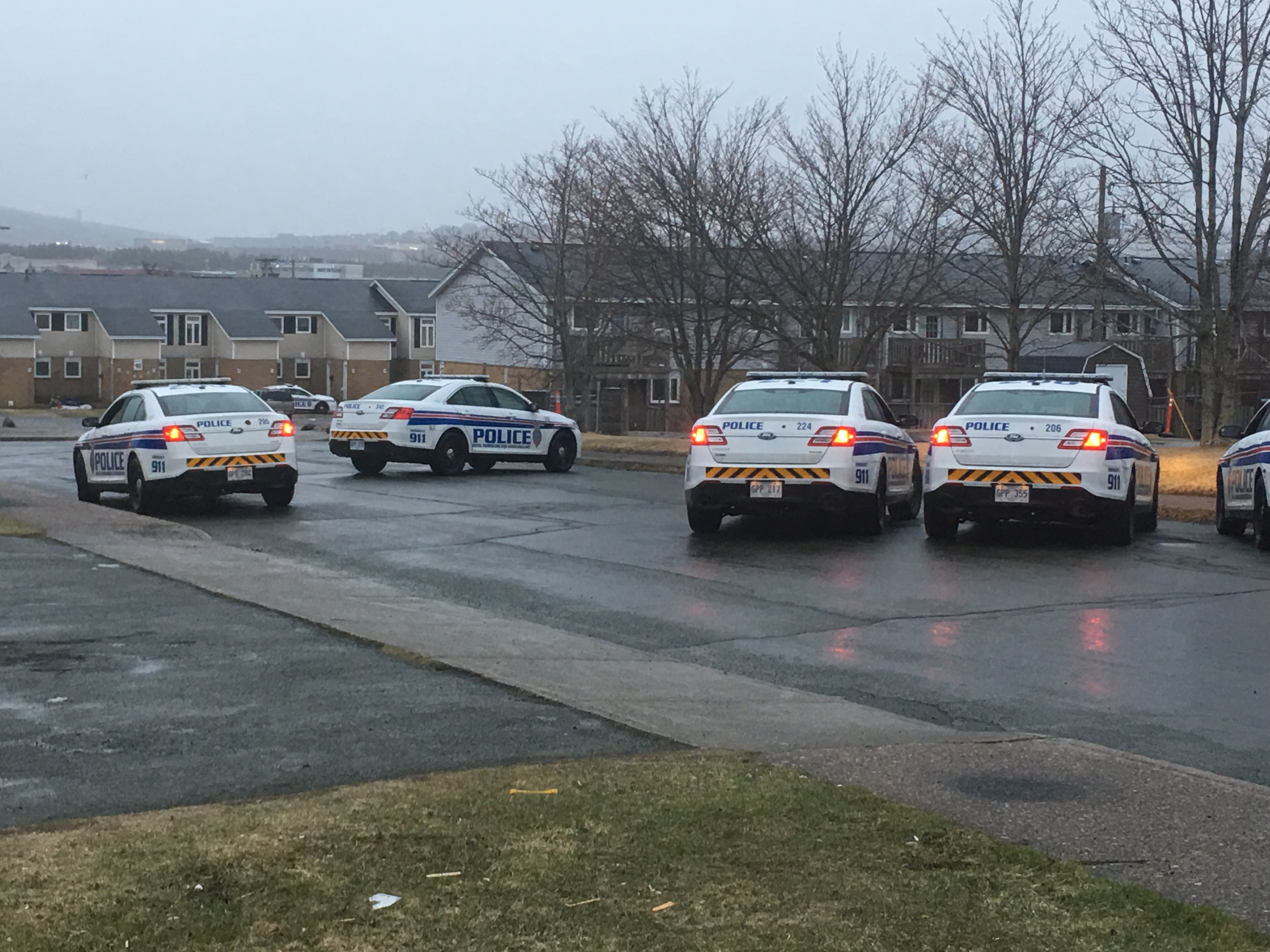 A 35-year-old man is facing a number of charges following an early morning armed robbery on Kenmount Road in St. John’s that ended with police holding the barricaded man at bay for several hours before he gave up.

Shortly before 5 o’clock this morning a gas station on Kenmount Road was held up. The assailant failed to get any money. Officers were able to identify the man responsible and that led them to an apartment on Wigmore Court off of Thorburn Road where a man was held up inside an apartment.

For three hours he held police at bay. Several nearby residents were evacuated while police took up positions throughout the area. Many were armed with high powered rifles. Shortly after 7 a.m., the man gave himself up. He was taken to hospital for  treatment and is expected to appear in court tomorrow to answer to charges of robbery, possession of a weapon dangerous to the public, uttering threats and breach of a court order.

There is a heavy police presence on Wigmore Court this morning, about a dozen officers have been on scene for the last few hours.

Some officers are armed with high powered rifles, others with less lethal weapons. Police are saying little about what is unfolding this morning, but residents say a person has barricaded themselves inside an apartment in the complex.

There have been several calls to this area over the last little while, it is unknown if these calls are related to today’s events.