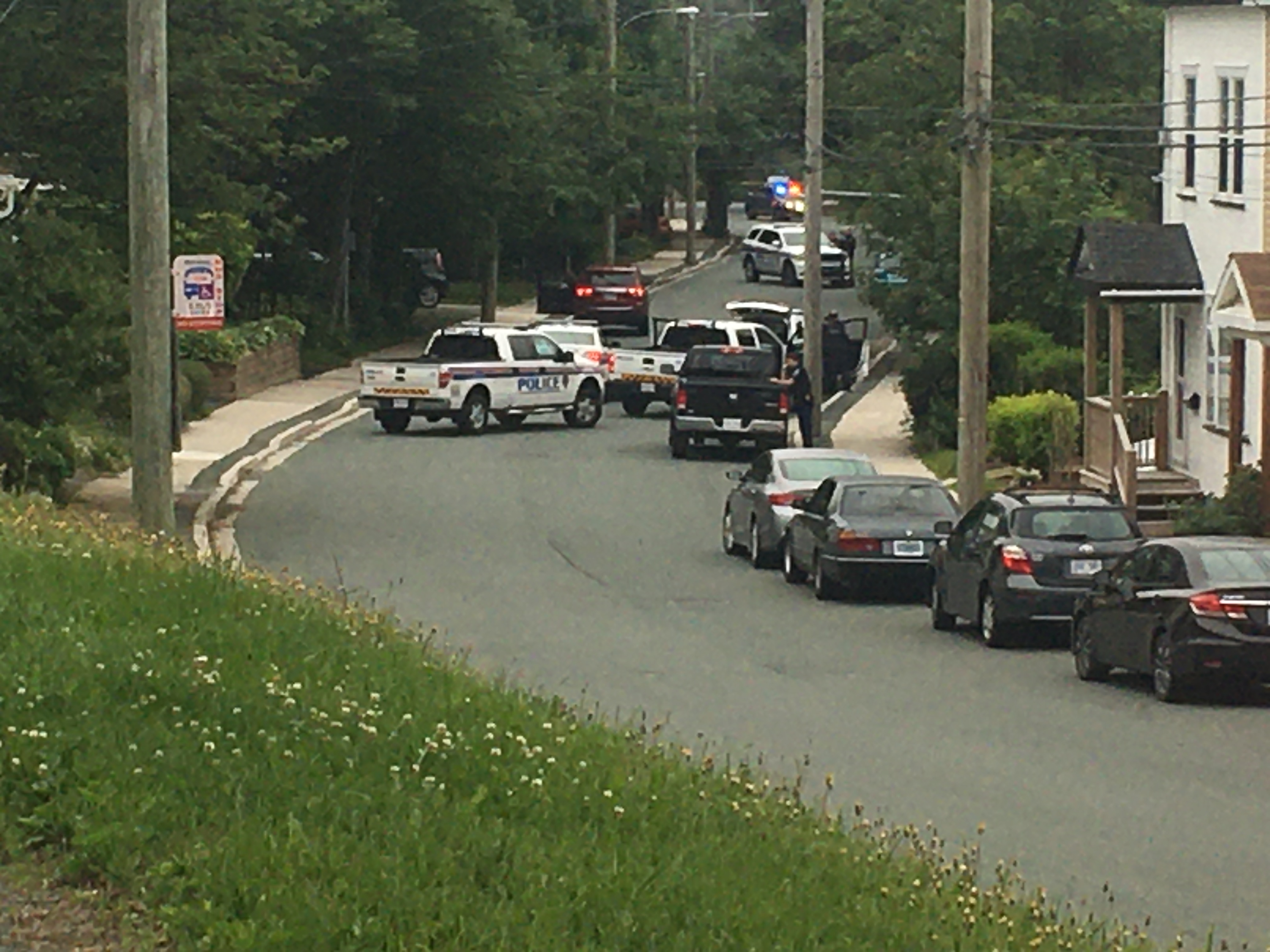 Police and paramedics were called to Craigmiller Avenue in St. John’s around 4:00 a.m. Sunday morning. Residents in the area report hearing what they believed were four gunshots around 4:10. What appears to be a body covered in a yellow blanket lays in the street. Nearby, a SUV with its driver’s door still open is parked on the wrong side of the road. By early afternoon police confirmed that a man a dead, and they are treating his death as suspicious. Heavily armed police officers surrounded a home on the street. As the morning progressed the RNC Tactical Rescue Team was called in and stormed the house. They are not saying what was found inside, but nobody but police officers exited the home, suggesting that there was nobody inside. Shortly after an ambulance that was standing by, left the scene, and identification officers and major crimes began their work, collecting evidence and going door to door canvassing residents. Police remain on the scene and continue to ask residents to stay in their homes.