The Royal Newfoundland Constabulary is seeking the public’s assistance in identifying a man responsible for a recent armed robbery in St. John’s. The incident occurred around 4:30am at the Esso Service Station on Newfoundland Drive. Staff at the location reported that a man entered the store with an unidentified weapon, demanded cash, and fled with an undisclosed amount before police arrived.

The man is described as Caucasian, between 20 and 30 years old, between 5’7″-5’10” tall, and between 140 and 150 pounds. He was wearing a black sweater with white horizontal stripes and grey pants. Anyone with any information is asked to contact police or Crime Stoppers. 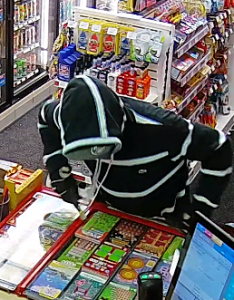