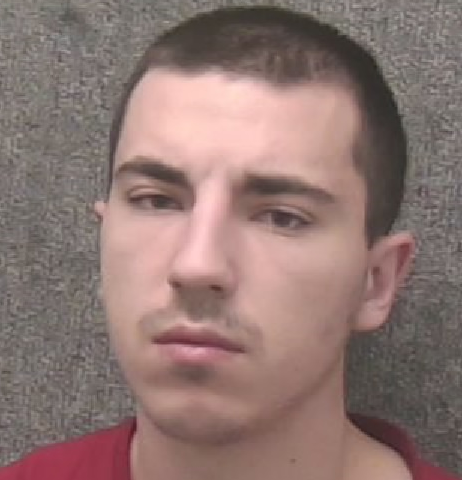 A man wanted for driving a stolen vehicle and fleeing police was taken into custody on Wednesday.

The RNC say Adam Whalen was arrested on Wednesday. Police had been searching for Whalen since early Tuesday morning when he failed to stop for police on Columbus Drive in St. John’s. Officers attempted to block the vehicle in the area of Winter Place, but the driver accelerated toward them and collided with parked vehicles before speeding away.

Whalen was wanted for flight from police, dangerous operation of a vehicle, driving while prohibited, mischief by damaging property, possession of stolen property and failing to remain at the scene of a collision.

Members of the RNC Criminal Investigation Division, Police Dog Service, and Tactics and Rescue Unit descended on an area C.B.S. just before 2 p.m. to arrest Whalen without incident. He will be held to appear in Provincial Court.

The RNC thanks the public for their help.