A collision in the east end of Mount Pearl sent one person to hospital early Sunday afternoon.

A t-bone collision occurred at the intersection of Topsail Road and Dunn’s Road shortly before 1 p.m. Emergency personnel responded, blocking off much of the intersection. Damage to both vehicles involved, an SUV and a sedan, was significant. 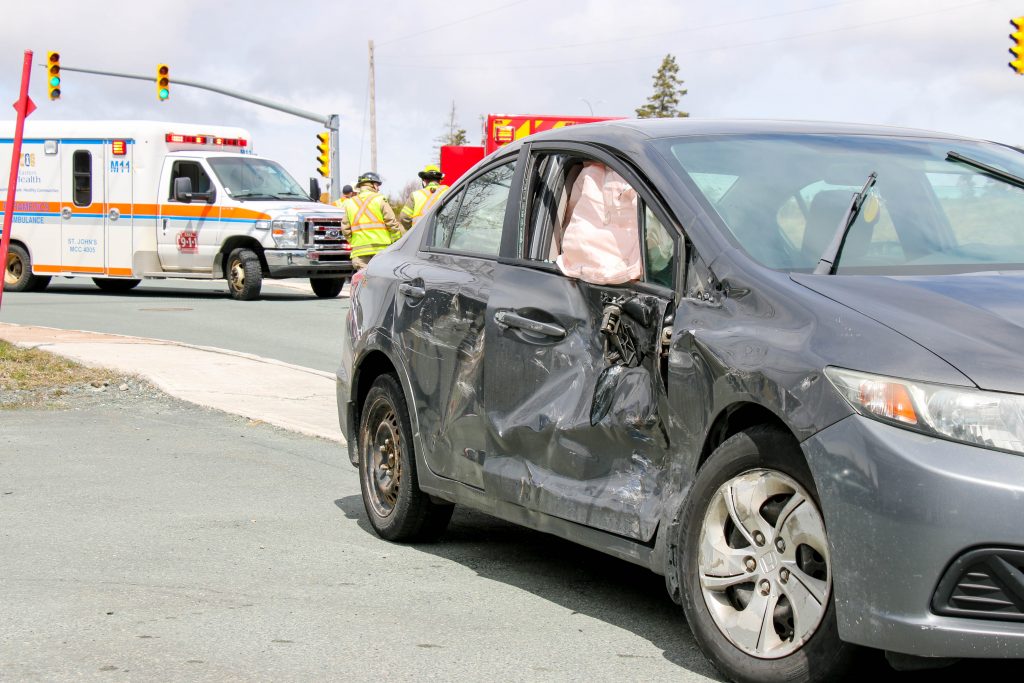 Paramedics assessed the occupants of both vehicles, taking one person to hospital. That patient was the passenger in the sedan, and is reported to have suffered minor injuries.

Traffic was slowed in the area for some time. An officer with the Royal Newfoundland Constabulary was seen directing traffic through the busy intersection. 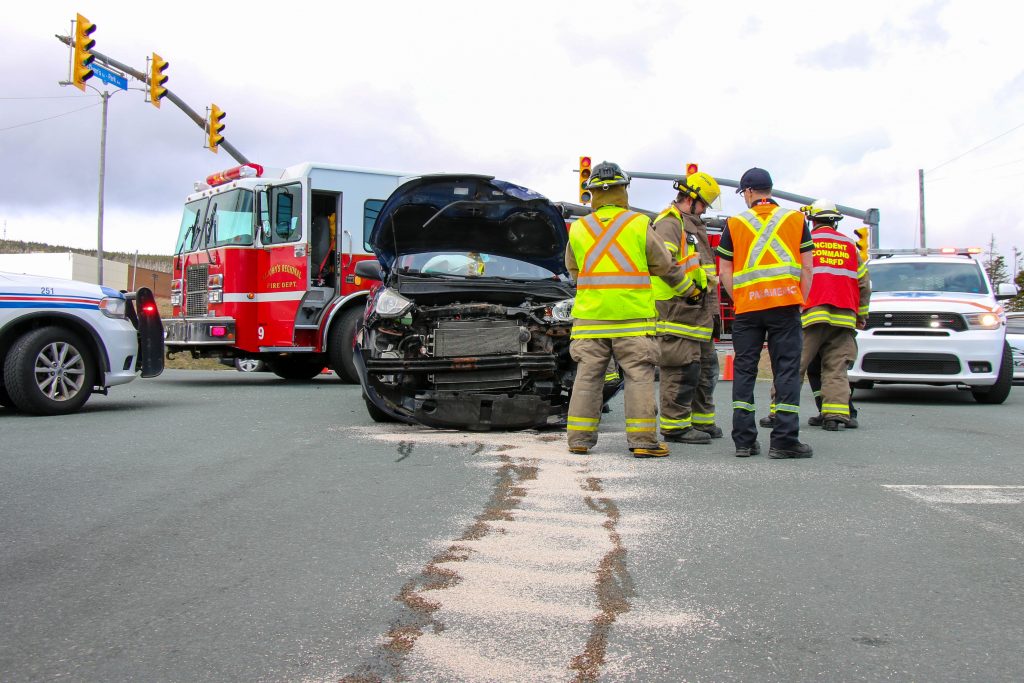 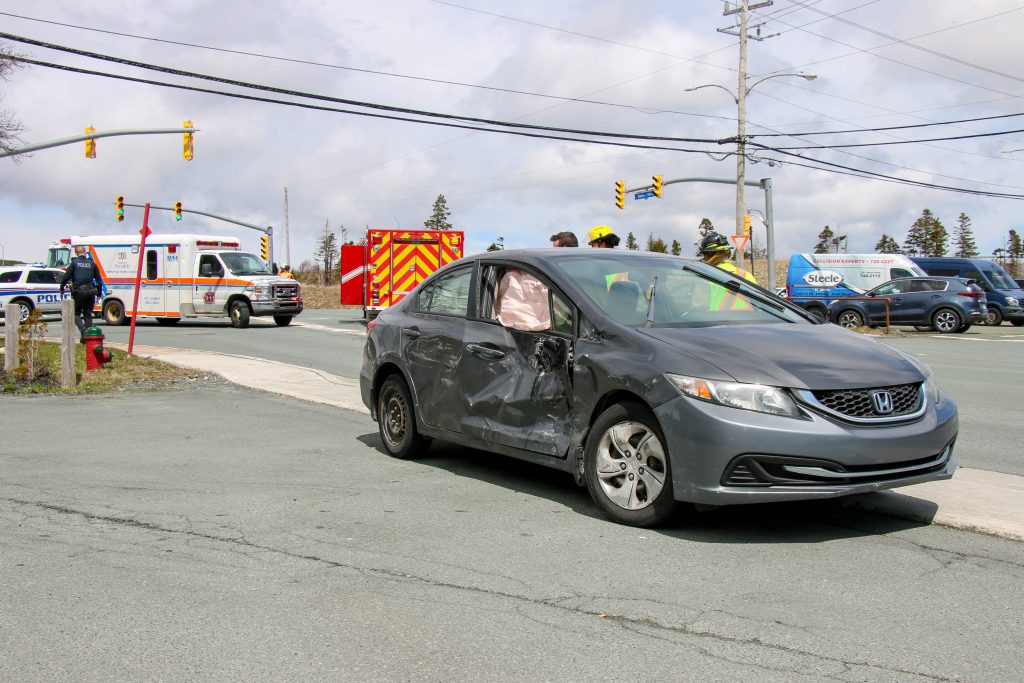 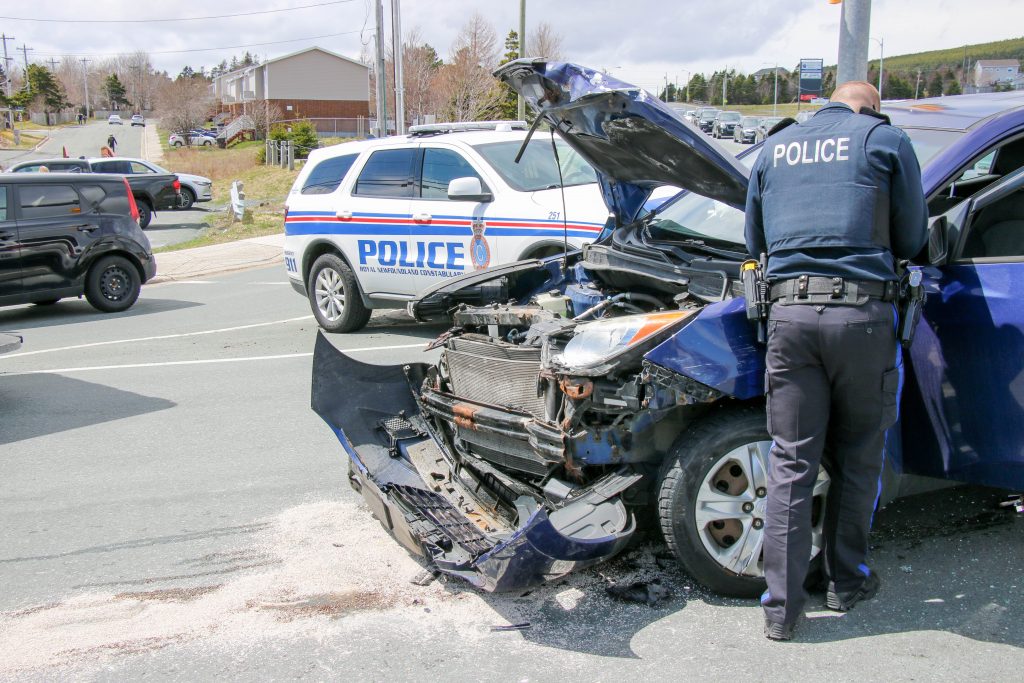