Preparations are under way this afternoon for the funeral service of esteemed Newfoundland politician John Crosbie.

The funeral service will be held 2 p.m. Thursday at the Anglican Cathedral in St. John’s. 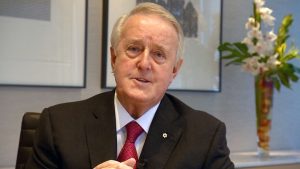 Dignitaries and politicians from across Canada are expected to attend, including former Prime Minister Brian Mulrooney, who will give the eulogy. John Crosbie’s son, Ches, leader of the provincial Progressive Conservative party, will also speak. 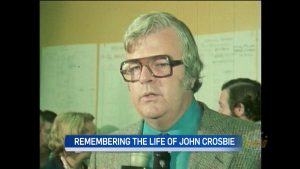 John Crosbie’s career took him from St. John’s City Hall, to Parliament Hill and finally Government House. One of the nation’s most influential politicians, his career spanned decades, all the way back to Confederation. He is also credited with helping develop the Newfoundland and Labrador offshore oil industry – just one of his many political achievements. 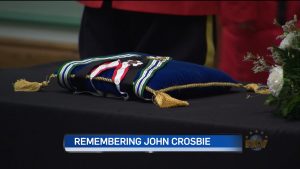 Crosbie rested in state at the House of Assembly the past two days – only the second Newfoundlander to do so. Former premier Joey Smallwood, of course, also received the distinction when he passed away in 1991.

John Crosbie died last Friday at the age of 88.

NTV will provide live coverage of the funeral service, both on television and online, beginning at 1:30 p.m. Newfoundland time