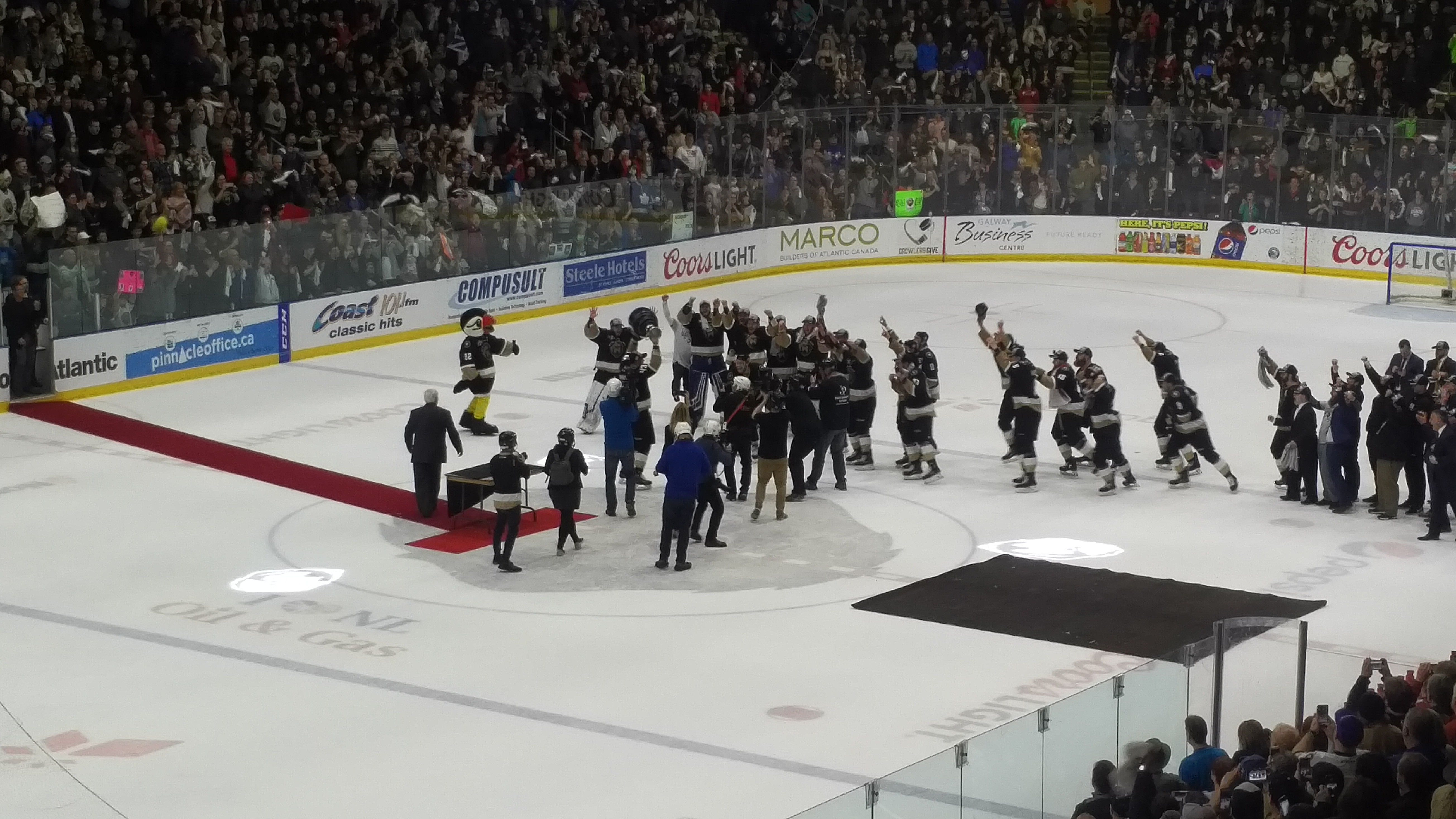 The Newfoundland Growlers have announced details of their Kelly Cup victory parade. It will start at Mile One Centre at 5:30 p.m. on Friday and end at the George Street Stage.

Parade Route: The parade, featuring Newfoundland Growlers players, staff and invited guests, will leave Mile One Centre at 5:30 p.m. and head west to Waldegrave Street, down to Harbour Drive, turning on Job’s Cove/Prescott Street, then onto Duckworth Street. From Duckworth Street the parade will cross to New Gower Street and advance towards Mile One Centre. The parade will turn onto Queen street then culminate on George Street where a Fan Rally will be held on the George Street Stage.

­­An alternate location may be announced if there is bad weather.