Denise Ryan Jr. of Gander woke up to a burning apartment last Thursday.

She called her neighbour after she got no response from 911. Fortunately, her neighbour was able to pull her through a very small kitchen window to safety. 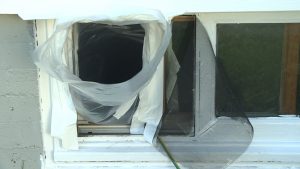 While she lost nearly everything she owned, Ryan says she’s grateful for the help and support she’s received.

NL911 says there were no problems with their system at the time the call came in, but they’re willing to investigate the claims by working with Ryan.

The cause of the fire has been determined to be electrical in nature.