The Canadian Red Cross has been called in to help find places for the displaced residents of Meadowland Manor in Kilbride to spend the night. 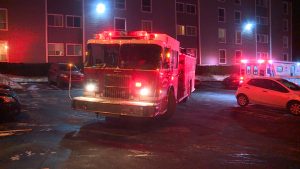 Firefighters were called to the apartment building around 6 o’clock Saturday evening where they found a fire in an apartment on the fourth floor.

Fire sprinklers contained the fire to a single apartment but there has been major water damage as water flowed down to lower floors. In areas there is more than an inch of water on the floor, creating the risk of electrocution. 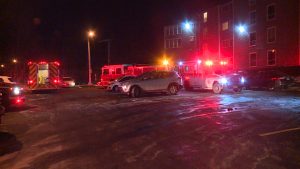 About 15 apartments remain evacuated. The building owners, insurance adjuster and restoration company are on the scene as are police, fire and medical personal. They expect to remain on the scene for several hours. There have been no injuries.