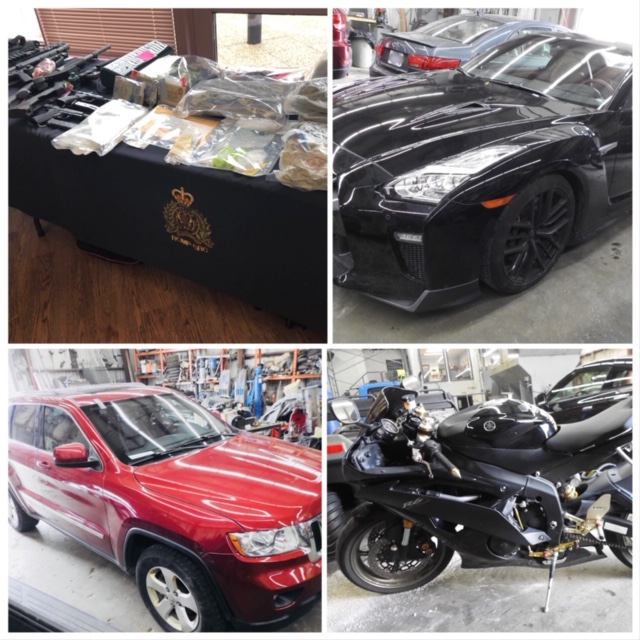 Monday, May 13th, RCMP executed a search warrant at a St. John’s residence and seized a large amount of drugs, cash, firearms, and more. Titled ‘Project Blowfish’, the operation came after police seized three kilograms of cocaine destined for that residence. Two individuals were also arrested, 25-year old Tyler Nickerson Butler and 21-year old Shae O’Keefe, both of St. John’s. They have each been charged with six counts of Possession for the Purpose of Trafficking, one count of Trafficking Cocaine, one count of Illicit Distribution of Cannabis, and three counts of Careless Storage of a Firearm. They have both been released on bail under multiple conditions.

The seized items include: