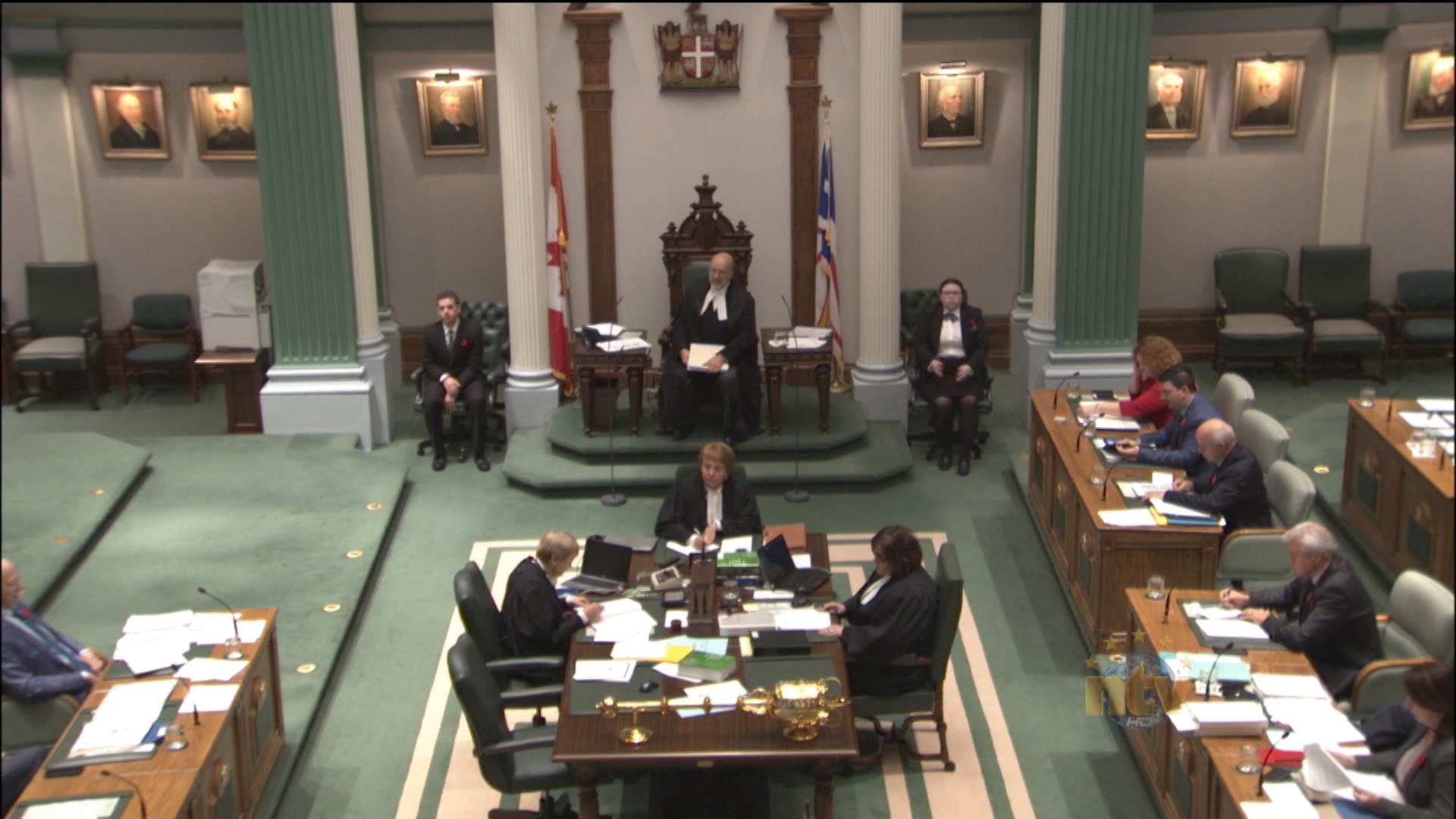 After months of scandal in the House of Assembly, Premier Dwight Ball made some major changes to his cabinet on Thursday evening.

Siobhan Coady remains in her role as Natural Resources Minister and Deputy Government House Minister. She is no longer in charge of the Status of Women.

Al Hawkins has been sworn in as the Minister of Education and Early Childhood Development. The role was left vacant after Dale Kirby was removed from the cabinet and caucus.

Bernard Davis, MHA for Virginia Waters – Pleasantville, has been sworn in to the Cabinet, taking over as Minister of Advanced Education, Skills and Labour.

Carol Anne Haley, MHA for Burin – Grand Bank has been appointed as the Minister Responsible for the Status of Women. This is now a standalone role within the Cabinet.

Graham Letto is now the Minister in charge of Municipal Affairs and Environment, Justice Minister Andrew Parsons had been filling the role on an interim basis after Eddie Joyce left the Liberal caucus.

Letto will also serve as the Minister Responsible for the Multi-Materials Stewardship Board. 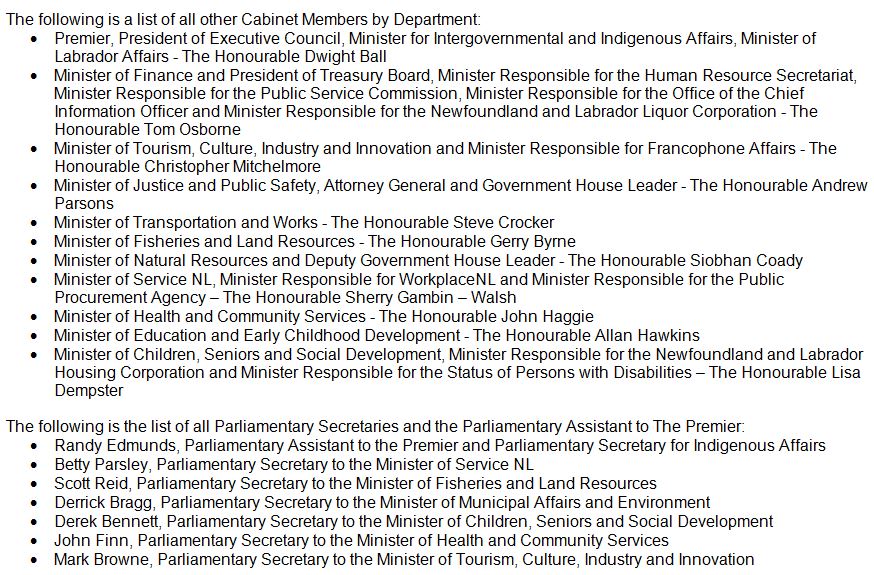