One of the longest trials in the province’s history came to an end Thursday with 52-year-old Ken Harrison acquitted of child pornography charges. 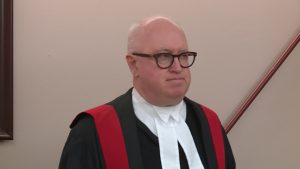 Judge Mark Pike accepted the testimony of an expert witness, Dr. Peter Collins, that the doll — seized more than six years ago by Canada Boarder Services — meets the definition of child pornography. But Pike concluded the Crown still had not proven its case against the defendant.

Defence lawyer Bob Buckingham argued nobody had seen the doll, and the test should be whether a reasonable person would consider the doll to be child pornography. 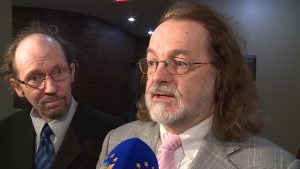 This is the first case of its kind involving a sex doll to go to trial in Canada, and today’s ruling was expected to set a precedent. Buckingham says what was needed was a decision that explained why the judge accepted the expert’s testimony.

The deciding factor for the judge was whether Ken Harrison received what he ordered. The doll didn’t match any of the child or adult dolls on the site from which Harrison made the order. Harrison maintains he ordered an adult doll and suggested that people should be careful about what they order online. 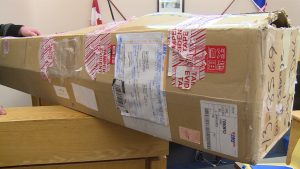 Harrison said his decision to order the doll was based solely on its facial characteristics. He said he wanted the doll to replace a child he had lost, and he intended to dress it as a male.

Judge Pike found Harrison’s explanation incredible, but also found the prosecution had not proved that Harrison intended to buy a doll that resembled a child.

Not everyone was happy with the not guilty verdict. Linda Beaudoin, a self-proclaimed child advocate, says Harrison should have been found guilty and she had some harsh words for Buckingham outside the court.