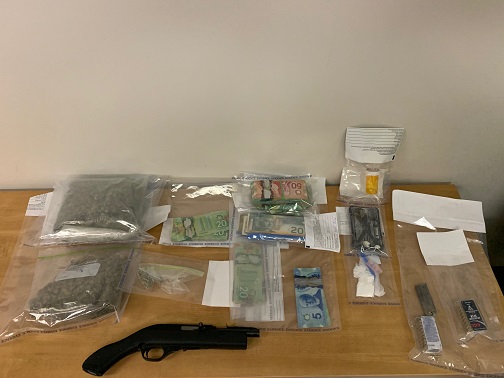 A search warrant was executed on Yetman’s residence in Harbour Grace, with the following items seized: cocaine, diazepam, methylphenidate, oxycodone and suboxone, cannabis, a large quantity of cash, drug trafficking paraphernalia and a sawed-off .22 calibre rifle.

Yetman remains in custody, pending a court appearance. The investigation is continuing.