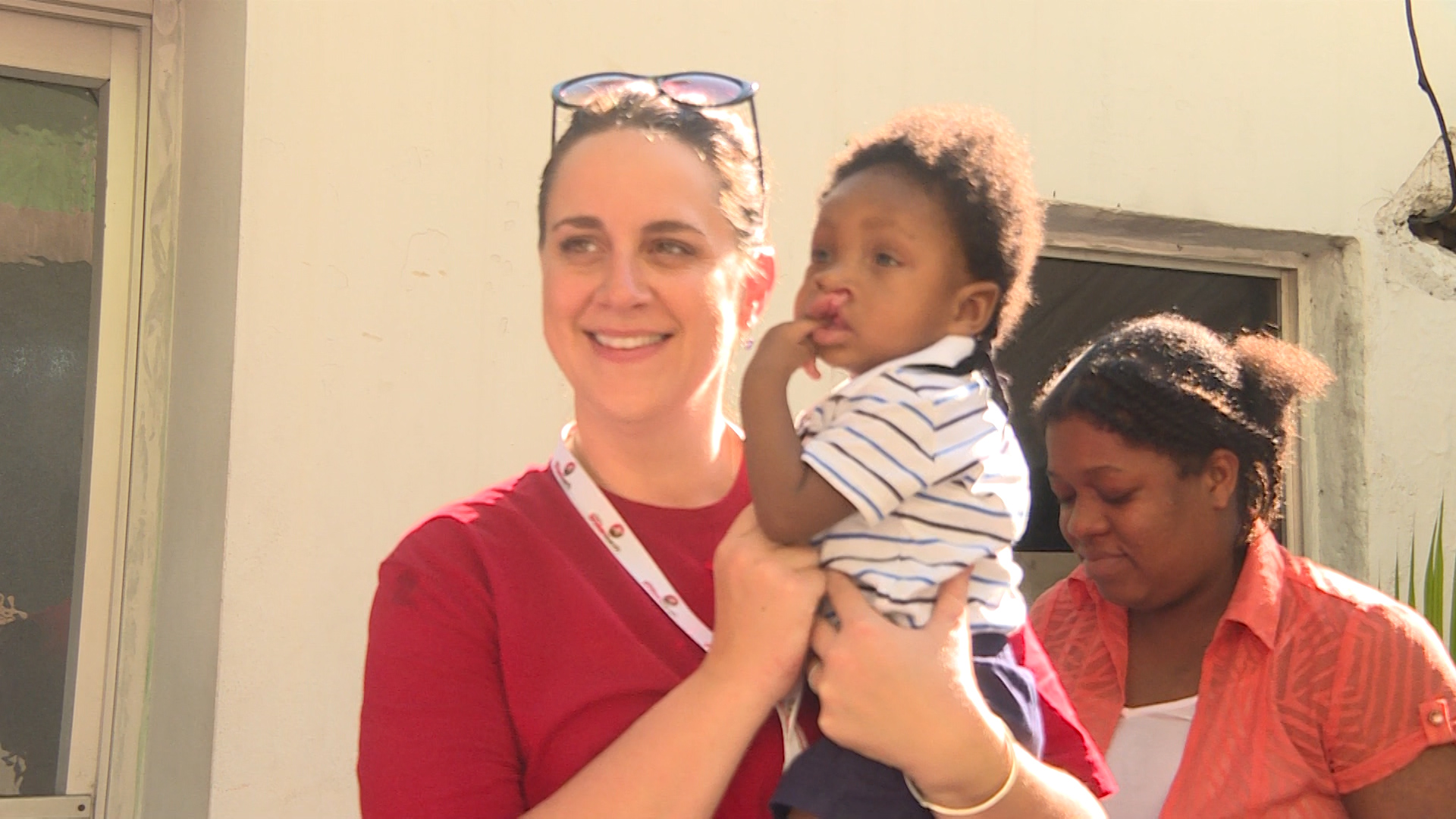 Port au Prince, Haiti: Team Broken Earth woke up to a clear blue sky as they continue to set up clinics and take on their first cases in the operating room. For many it’s like a normal working day but the environment is completely different and so are the cases. 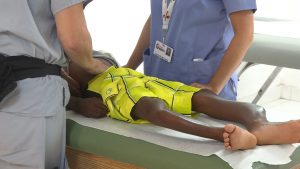 As you go downstairs from the team’s sleeping corridors the heat is immediate. It is thick and sticky. The hospital here isn’t like the ones in Newfoundland. Bernard Mevs is divided into separate buildings joined by a common courtyard – right under the “X”. It’s all encased by tall walls with wires across the top and armed guards stand by the only entrance. The vehicles arrive through the gates carrying the next trauma or emergency case. Emerge is across the alley from the Operating Rooms, unlike at home where it’s all joined by hallways and stairwells. Here the alley way is outdoors. Behind Emerge is the Clinic of Hope, in the same building is the pediatric unit. Near there is the ortho clinic and across the courtyard from that is X-Ray and Med surge. And between it all are families and people waiting to be seen. If you stop for a minute and just watch you’d see numerous doctors and nurses making their way from building to building. 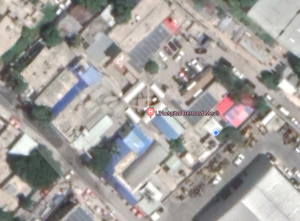 To get to the eye clinic you have to actually leave the compound, guided by a guard or you travel in groups. However, once you get there the impact the team is having is seen immediately. Patients get a new chance at sight, having squinted for ages or seen things as a blur. It’s all brought into focus because of Newfoundlanders and the glasses they’ve donated. If you have any glasses you don’t use anymore you can bring them to your local Lions Club or RCMP detachment and they’ll be re-used and give someone else the chance to see the world through clear eyes. 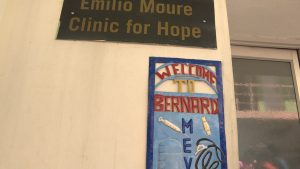 The Clinic of Hope was one of the many busy places on this particular day. It’s where many people come to be assessed before being scheduled for surgeries this week. Dr. Art Rideout has been with Team Broken Earth since day one. “There are patients out there that I’ve operated on before who are coming back for assessment or going to a second stage – like a cleft palate after their cleft lip is done.” 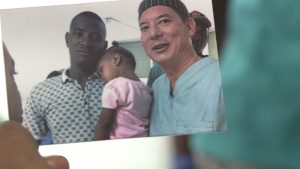 Parents hold their children with cleft lips and palates, some only 16 months old – with the biggest smiles and most curious eyes. Dr. Leigh Anne Newhook explains. “The problems are much different and usually the problems are more severe. These kids haven’t had any medical treatment to date,” she says. “At home (Newfoundland) they would have had a lot of these things sorted out.”

Several general surgery patients were also assessed in the building. 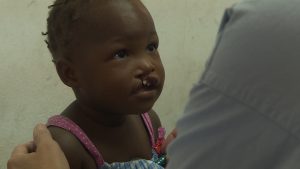 As the doctors and logistics schedule surgeries they all know it could change on the day of, as emergency and trauma cases take priority. Before noon even hits, the operating room has dealt with two surgeries. Before the day was out five different patients had been through two OR rooms. One of those patients had been stabbed in the stomach and chest with a pair of scissors. Doctors had to perform an exploratory laparotomy. “The surgery itself is the same, we don’t have all the same equipment,” explains chief resident, Dr. Christina Price. “So if we did have to do a bowel resection as a way to fix the hole in the bowel [caused by the stabbing] at home we’d use staplers … here we have some staplers to make the connection between the bowel but sometimes we have to do it a different way and by hand. It just takes a bit longer.” 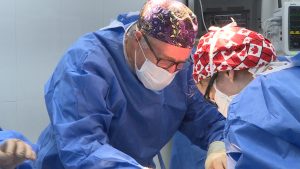 Some surgeries are longer than others, and using different equipment can mean an even longer surgery but Team Broken Earth is doing all they can. Tomorrow is another busy day, filled with surgeries, patient care, and more new glasses for people.

Editor’s Note: NTV’s Kelly-Anne Roberts will be reporting with Team Broken Earth from Haiti over the next several days.