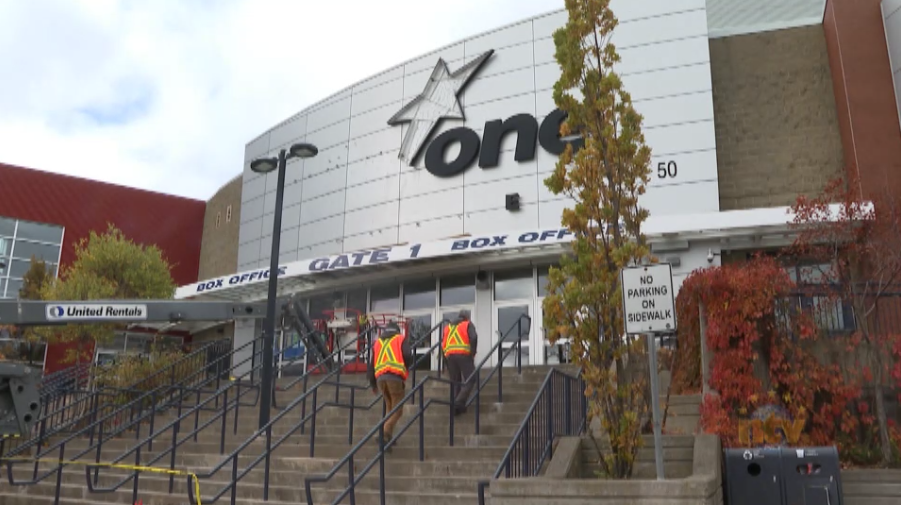 Big news for the province’s professional hockey team this morning.

The Newfoundland Growlers are a perfect 4-0 this season on the ice, but they suffered a big loss this morning – booted from their home rink just a week before the season opener.

Newfoundland Growlers owner Dean MacDonald confirmed to media this morning the club has been evicted from the Mary Brown’s Centre, this following a rocky relationship over the past few years. 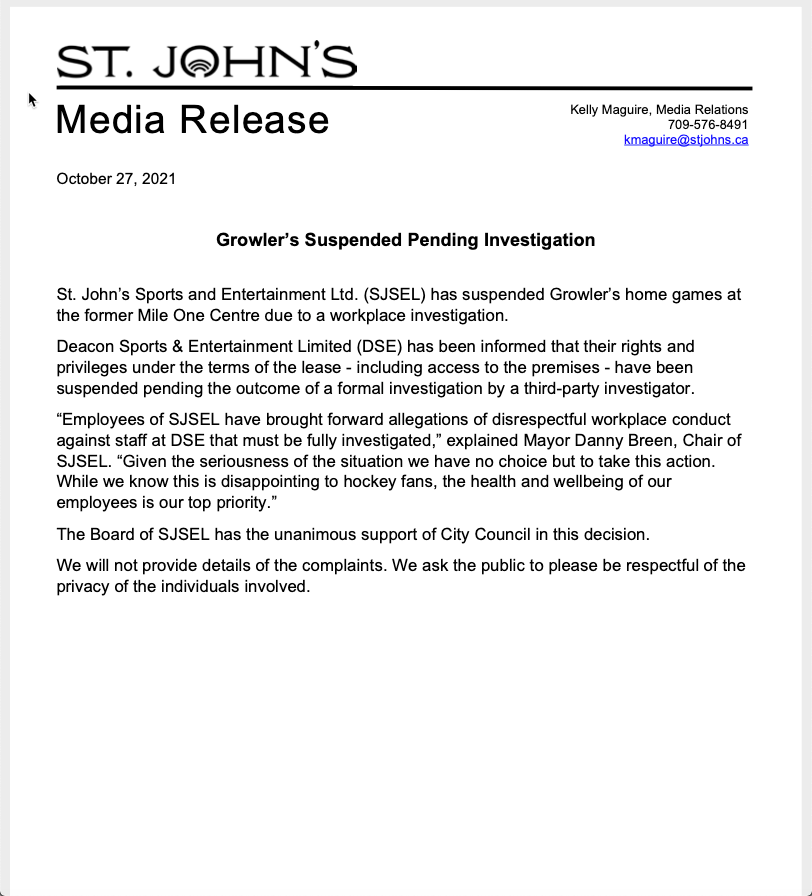 St. John’s Sports and Entertainment Ltd. says they have suspended Growler’s home games at the former Mile One Centre due to a workplace investigation.

“Employees of SJSEL have brought forward allegations of disrespectful workplace conduct against staff at DSE that must be fully investigated,” explained Mayor Danny Breen, Chair of SJSEL. “Given the seriousness of the situation we have no choice but to take this action. While we know this is disappointing to hockey fans, the health and wellbeing of our employees is our top priority.” 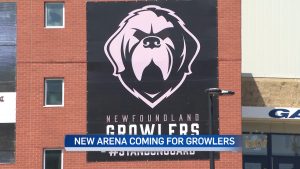 Earlier this year, the city and Growlers reached a three-year lease agreement but their ongoing issues remained contentious.

Last night on NTV News, MacDonald confirmed he’s pursuing a new home for the club. Today, the city closed its doors to the team.

St. John’s Mayor Danny Breen met with the media this morning and we will hear from both parties this evening on the NTV Evening Newshour.