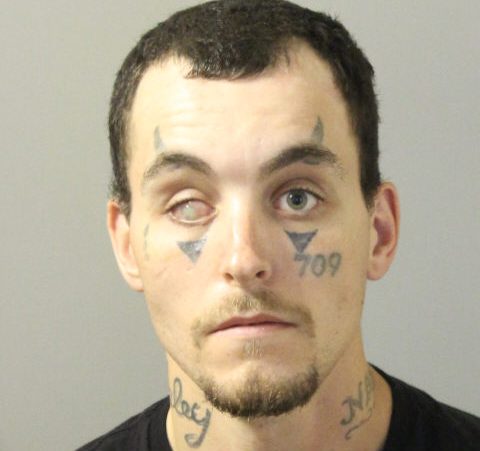 A man wanted by police on two warrants is now in custody, police said Wednesday. Harbour Grace RCMP had issued a public notice on Tuesday seeking help in finding Gregory Pike, but he has since been taken into custody and police thank the public for their help.

Harbour Grace RCMP is seeking the public’s assistance in locating 28-year-old Gregory Pike, of Harbour Grace. Officers have made a number of attempts to locate and arrest Pike, who is actively evading police.

On Nov. 25, Harbour Grace Provincial Court issued two warrants of arrest for Pike, who is charged for separate incidents of theft and break and enter, which occurred earlier this month.

Pike is approximately 5 feet 7 inches and weighs about 145 lbs.  He has short brown hair with a number of tattoos on his face. He also has a noticeable loss of pigment in his right eyeball.

Anyone with information on the current whereabouts of Gregory Pike is asked to contact Harbour Grace RCMP at 709-596-5014.