Just three months after being found Not Criminally Responsible (NCR) in connection with the death of David Collins, Graham Veitch has been granted unsupervised leave from the Waterford Hospital in St. John’s where he is receiving his treatment. 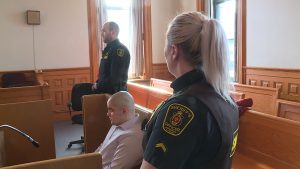 Such rulings are often made in advance or in preparation for a person to be reintegrated back into the community. The board has placed restrictions on Veitch that include a weapons and drugs prohibitions, as well as treatment requirements. He is required to continue to reside at the hospital. Those conditions remain in effect for one year.

In 2016, following the bludgeoning death of 55-year-old David Collins, Veitch was charged with second-degree murder. In July of this year, he was found Not Criminally Responsible for the crime and remanded to the Waterford for rehabilitation. Reasons for the ruling normally followed the order. They have yet to be made public.