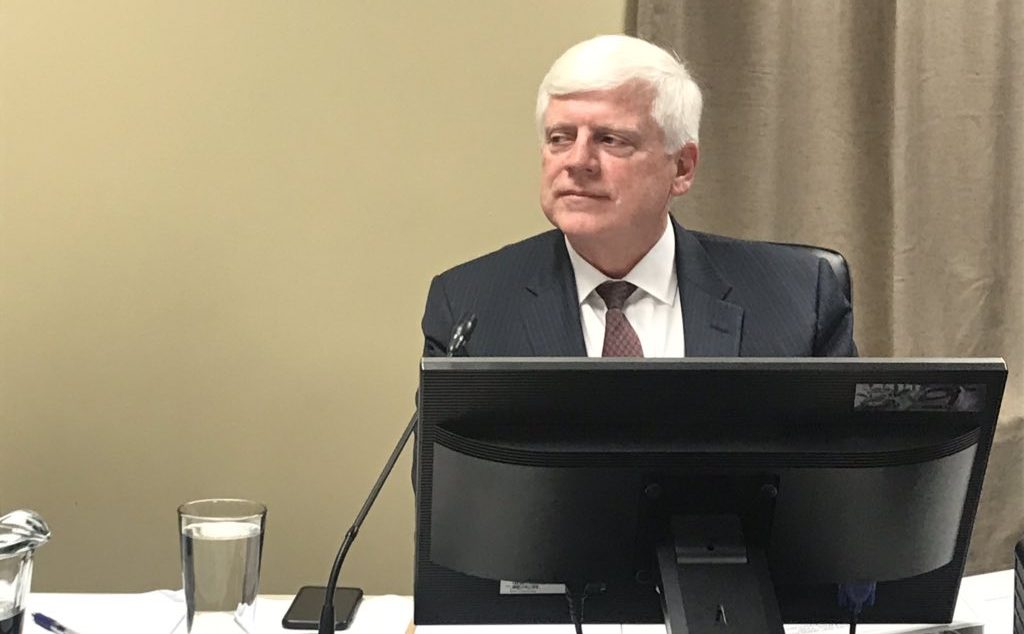 Martin’s first round of testimony last December was contentious. At one point, Commissioner Richard LeBlanc called Martin rude for refusing to answer questions by inquiry lawyers. Martin will now have to defend cost escalations that happened after the project was sanctioned in 2012. Many former government witnesses have testified they were not aware of cost increases after sanction but before “financial close” when the federal loan guarantee was finalized in 2013.

Martin began his testimony Wednesday by refusing to admit any mistakes in the contract Nalcor signed with Italian company Astaldi. Nalcor agreed to pay Astaldi by person-hours worked rather than by milestones achieved. Inquiry lawyer Barry Learmonth suggested that was a big source of the cost overruns at Muskrat Falls, but Martin maintained the original contract was signed for the right reasons