A fire on Georgina Street in Kenmount Terrace has destroyed a two-apartment home. 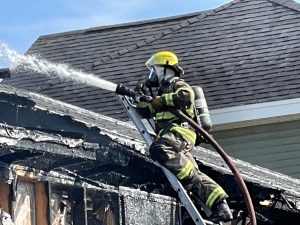 Firefighters got the call shortly before 2 p.m. Saturday.

Crews from Kenmount station were first to arrive. Long before they reached the home they could see black smoke rising from the neighborhood.

All occupants were able to escape prior to firefighters arriving on the scene. 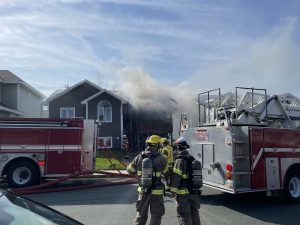 The fire appears to have started at the rear of the home. That is where the majority of the damage is.

The fire quickly progressed up into the roof.

It was deemed too dangerous to send firefighters into the home and the roof quickly collapsed. 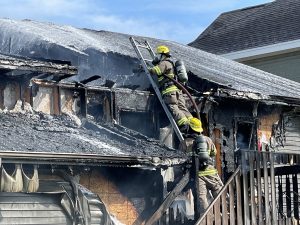 There was a similar fire in the area a few years ago where 3 homes were lost. Today there was no wind and firefighters say they were lucky.