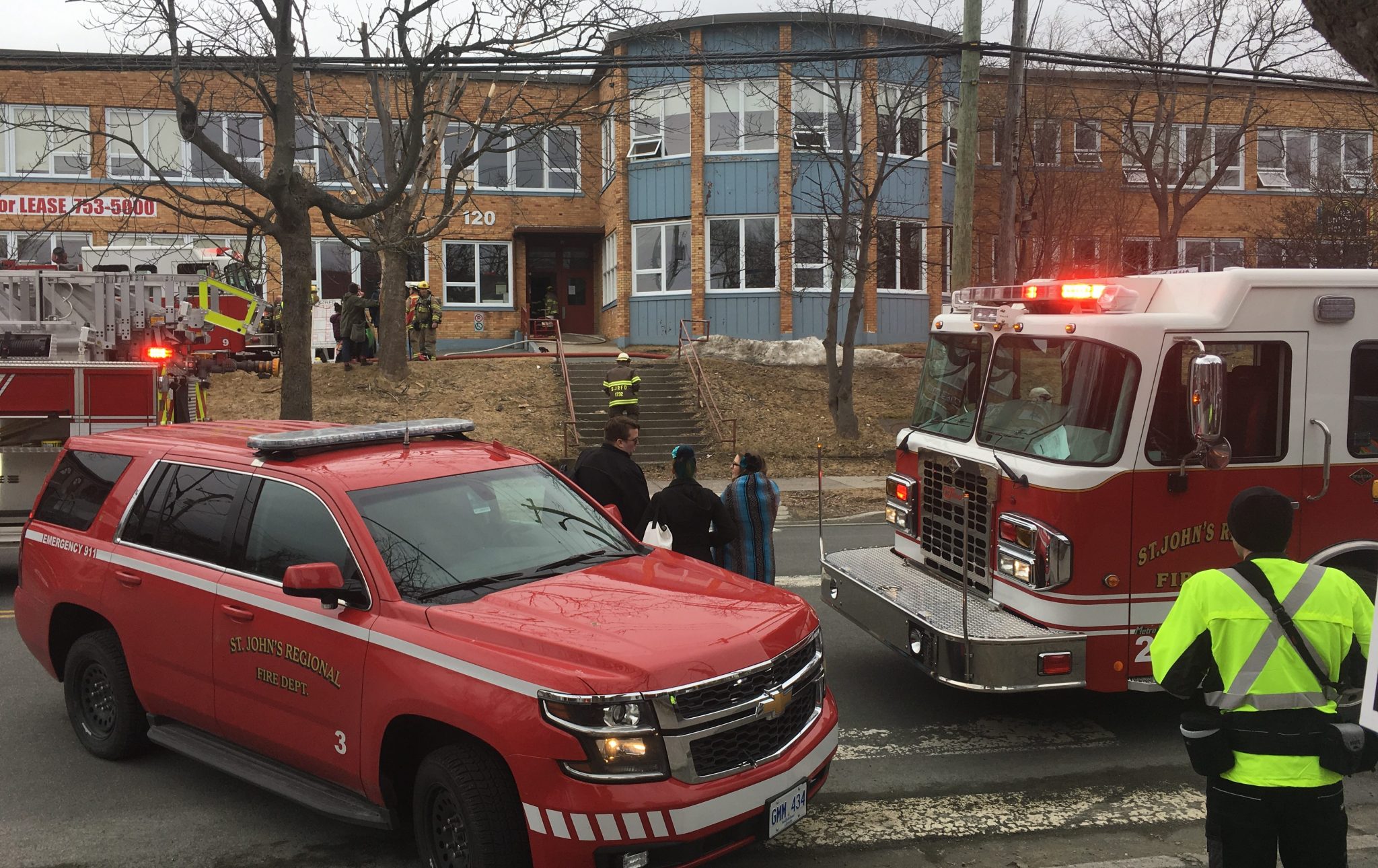 Firefighters were called to 120 LeMarchant Road, the former historic Harrington school, Saturday afternoon after alarms at a dance studio in the same building as the daycare building went off.

There was no sign of fire but the building was evacuated. Firefighters found a small amount of smoke coming from under a door to the Little People’s Workshop daycare on the first floor of the 2-story brick building. The door was hot to the touch, firefighters called a line from the truck, and they broke through the door with a crowbar and sledgehammer, where they found an intense fire on the other side.

They quickly doused the blaze. LeMarchant Road was closed for several hours. There were no injuries. The fire does not appear to be suspicious in nature.