Firefighters with the Torbay Volunteer Fire Department were called to a large two-storey home on Robin’s Pond Hill Road shortly before 3 a.m. Monday. 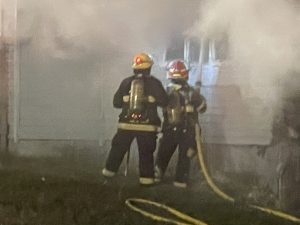 They arrived to find heavy smoke coming from the home and a fire in the living room. When they entered the home they encountered a large hole in the floor.

The fire forced firefighters to make an exterior attack as it was deemed too dangerous to enter the burning home. 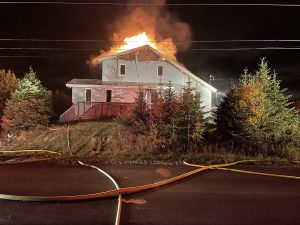 The occupants were able to escape the home prior to firefighters’ arrival.

As has been the case in several recent fires, there are no fire hydrants in the area, limiting what firefighters could do. Water to fight the fire had to be trucked in to the home.

It took several hours to bring the blaze under control and firefighters remained on the scene well into Monday morning. There is no word as to the cause and the investigation continues.