An area of low pressure will quickly intensify east of the Avalon Peninsula overnight into Saturday and it will slowly pull away to the east through the course of the weekend. The rapid intensification of this low will drive high winds, high surf, and some rain across Avalon and Bonavista Peninsulas, along with the Clarenville area tonight into Saturday. 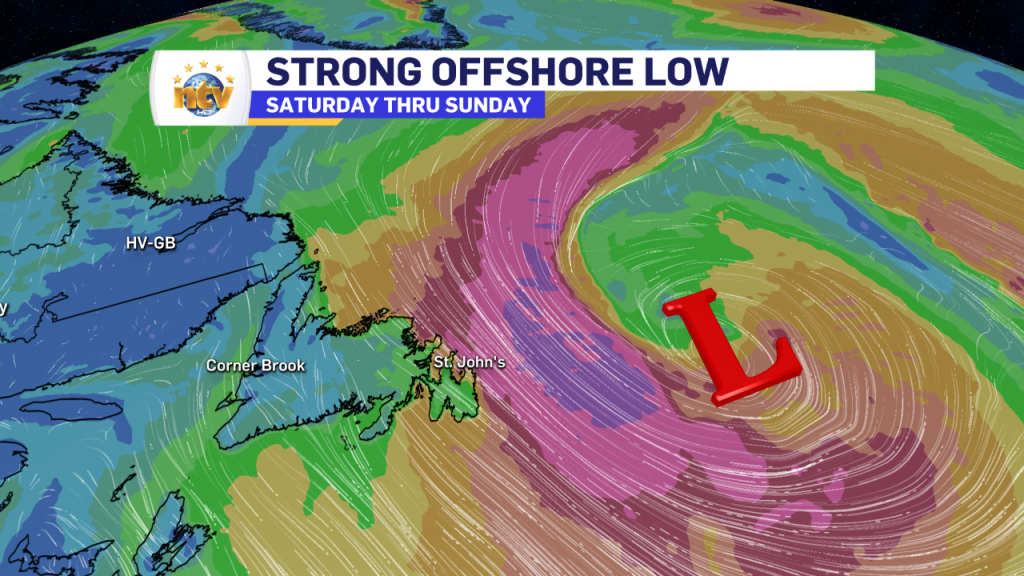 Ahead of the strong winds and waves, the Environment and Climate Change Canada Weather Office in Gander has issued Wind Warnings, Storm Surge Warnings, and a Special Weather Statement for a good chunk of eastern Newfoundland. 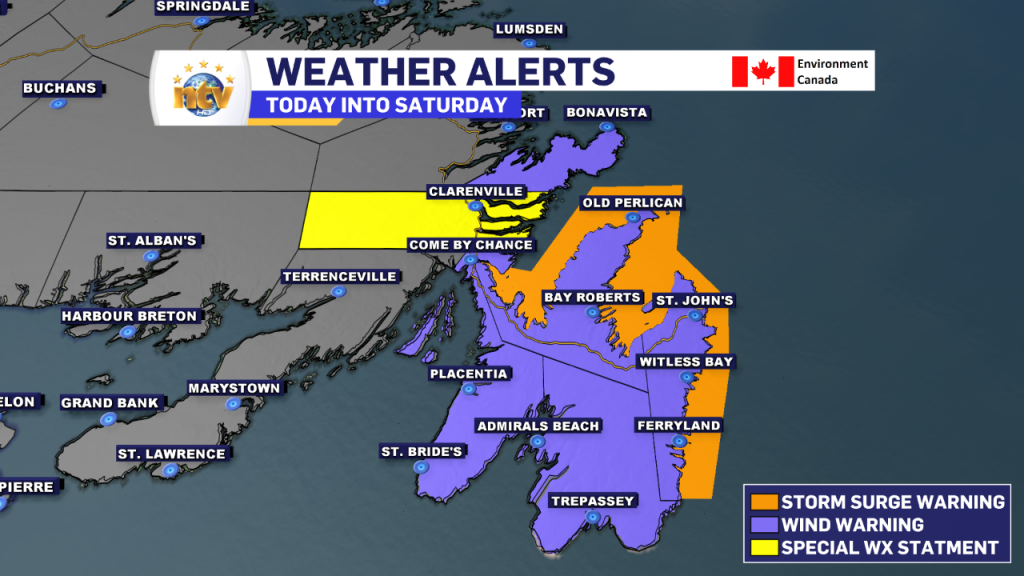 Here are the finer details of the alerts from ECCC…

A Wind Warning is in effect for the following areas:

A prolonged strong wind event that may cause damage is expected.

Maximum gusts: northerly 80 to 100 km/h except up to 120 km/h over some exposed coastal areas.

Remarks: The strongest winds will be over coastal areas overnight tonight and Saturday morning.

Damage to buildings, such as roof shingles and windows, may occur. Loose objects may be tossed by the wind and cause injury or damage. Wind warnings are issued when there is a significant risk of damaging winds.

A Storm Surge Warning is in effect for the following areas:

High Storm Surge levels and large waves are expected to impact the coast.

Locations: north to east-facing shorelines from Cappahayden to Trinity Bay with the highest probability from Conception Bay to Cappahayden.

Remarks: Large waves and pounding surf will produce higher than normal water levels with coastal flooding likely in some areas, especially near high tide. Additionally, these large waves can cause damage to coastal infrastructure, especially at locations that have been prone to impacts during similar events in the past.

High waves combined with the surge may cause damage along the coast. Coastal flooding is possible along the shoreline. People close to the shoreline should stay on the lookout for worsening conditions. Storm surge warnings are issued when water levels pose a threat to coastal regions.

A Special Weather Statement is in effect for high water levels for the following areas:

Timespan: Saturday morning, a couple of hours on either side of high tide.

There is potential for elevated seawater levels again during high tide Saturday night and again Sunday morning but not to the level expected Saturday morning. 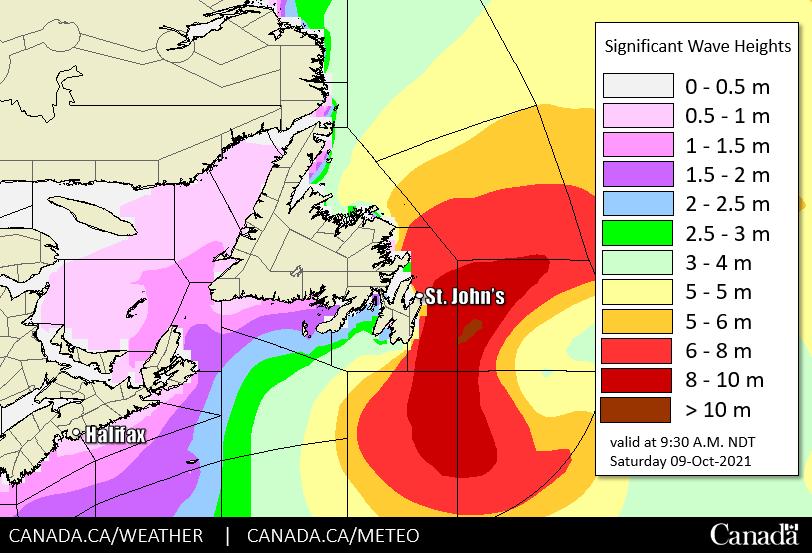 If you have interests along the water in the areas mentioned above, you’re going to want to keep an eye on things during the high tide cycles Saturday morning and Saturday night. If you live in an area that’s prone to coastal flooding, you’ll also want to keep a close eye on the water levels and be prepared to move to higher ground if necessary. 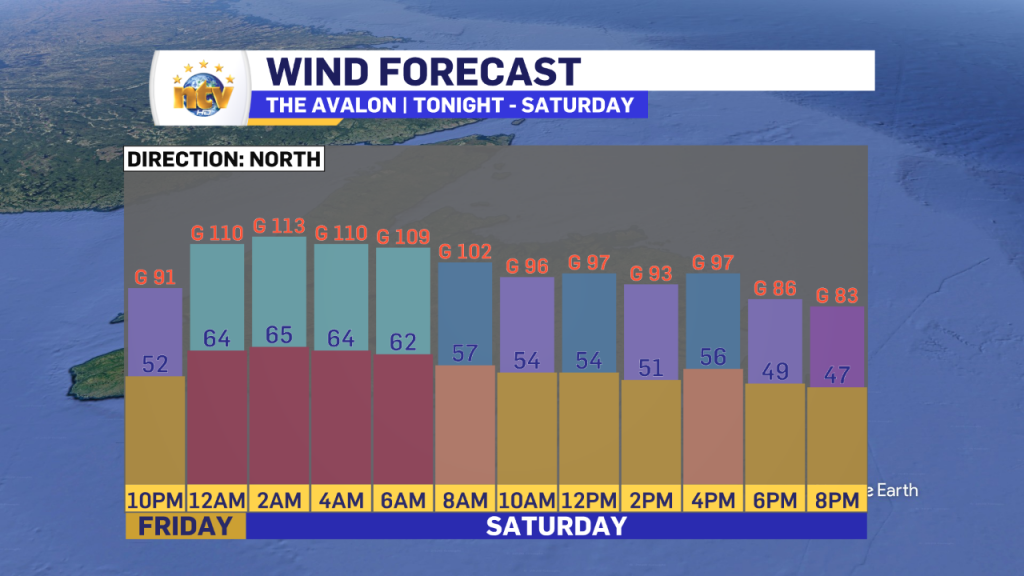 Wind speeds will ramp up quickly overnight and will stay elevated through much of Saturday before slowly coming down Saturday night into Sunday. The highest wind speeds will occur late tonight thru midday Saturday across eastern Newfoundland. I’m expecting widespread, northerly, gusts of 80-100 km/h, with exposed coastal areas seeing gusts as high as 120 km/h. Winds will be sustained in the 60 to 80 km/h range during the peak of the strongest gusts.

Some isolated power outages are definitely possible due to the high winds, but at this time I don’t expect widespread outages, as we saw with Larry, due to the wind speeds being quite a bit lower.