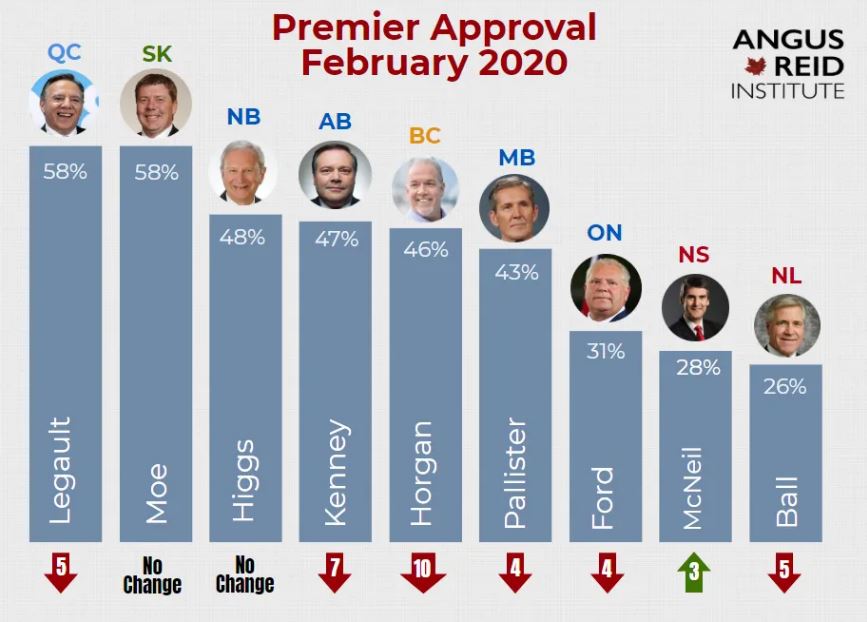 Premier Dwight Ball’s approval rating has fallen to the lowest in the country among nine premiers, according to the latest poll from Angus Reid.

The survey was conducted online Feb.24-28, about a week after Ball announced he will resign as premier as soon as the Liberal party chooses a successor. Ball’s approval rating fell by 5 percentage points from the last poll to 26 per cent. 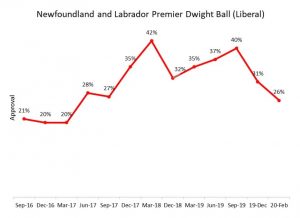