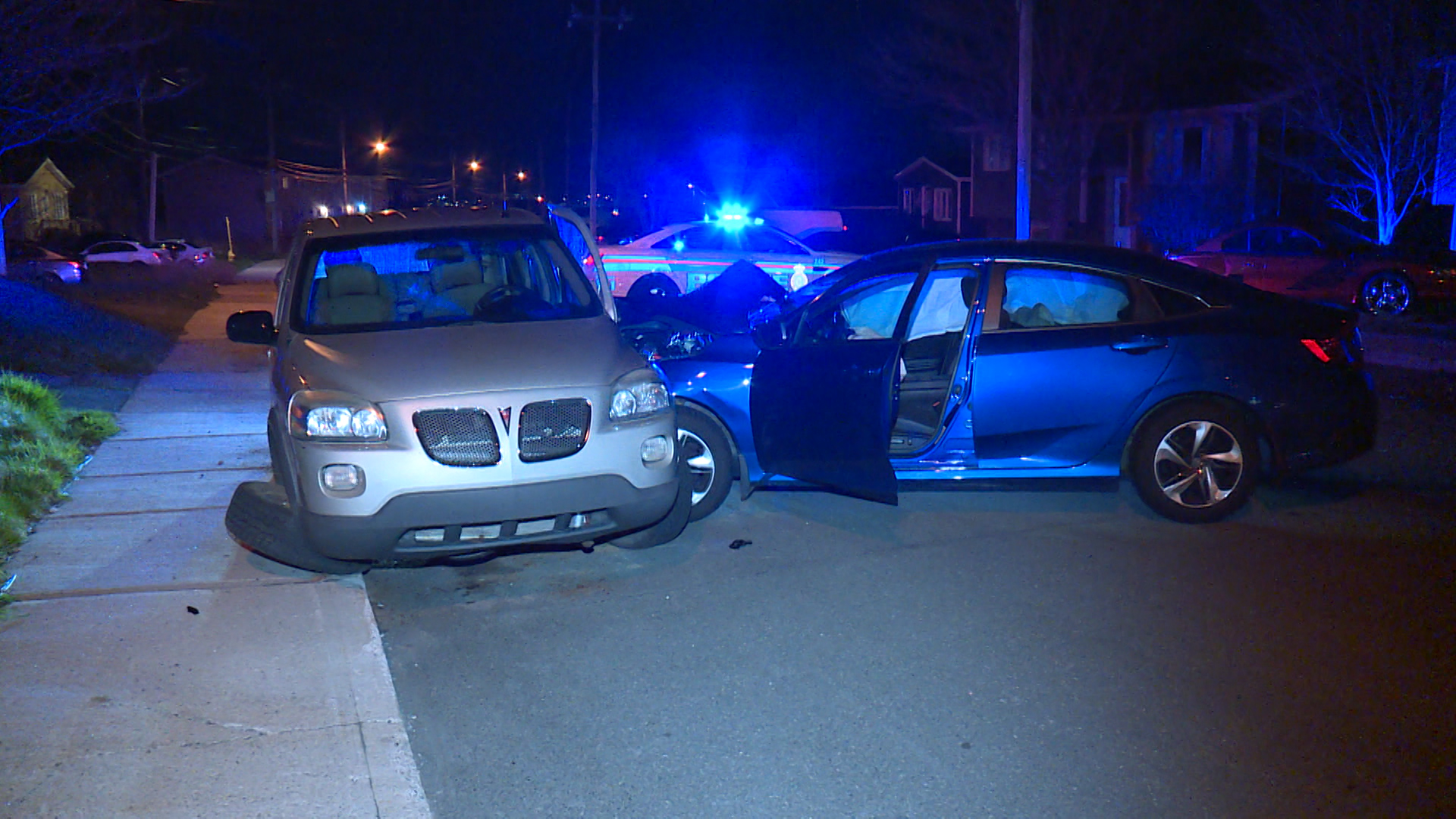 Police are investigation an early morning collision in which two park vehicles were struck.

The collision occurred around 2:30 a.m this morning on empire avenue, between Old Pennywell Road and Columbus Drive. 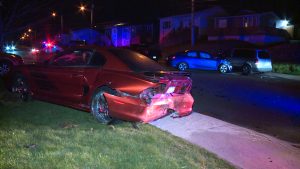 The driver of the blue vehicle lost control, striking one park car driving it up onto a nearby lawn before continuing on and slamming into a park van on the opposite side of the street. 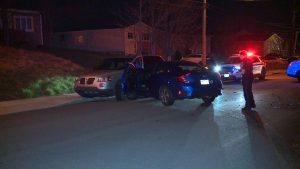 The driver and lone occupant of the car was taken to hospital, his injuries have been described as minor.

Police are still trying to determine the cause of the collision.