It was an evening of relief and disappointment, as one Newfoundlander is one step closer in making Canada’s team for the world junior championship and one received the dreaded knock on the door to tell him he hadn’t made the team. 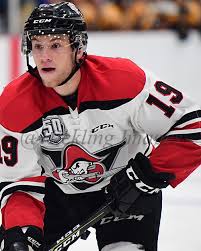 Bay Roberts native Dawson Mercer is one step closer to dawning the Maple Leaf this holiday season in the 2020 IIHF World Junior Championship, which is being held in the Czech Republic.

Alex Newhook, 18, was released from camp last night along with eight other players. Newhook scored the teams lone goal in its most recent loss to the USport All-star team it faced during camp. “I mean it’s unfortunate, coming into camp with high hopes and I thought I had a good effort at camp,” he said. “I’m happy with the way I played. At the end of the day it’s not something I can control – what the coaches want for a team.” 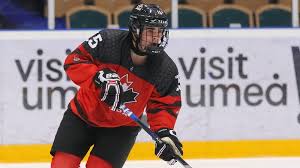 Team Canada has now trimmed its roster from 33 to 24 players and still needs to make one more cut before the tournament begins on Boxing day (December 26th). Hockey Canada has said it will take as long as needed to finalize its roster.

The team is looking to have a better showing than it did in 2019 where it finished sixth.

The national team is scheduled to fly to Vienna this weekend to continue preparations before exhibition games Dec. 19 against Switzerland and Dec. 23 against the Finns.

Canada has won gold at the world juniors 17 times since 1977, with the last victory coming at the 2018 event in Buffalo, N.Y.