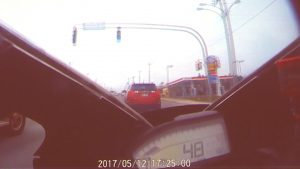 Last May, while on patrol, Smyth stopped and ticketed 35-year-old Sayed Husain for, among other things, going through a red light. Those tickets were thrown out after it was determined the traffic light was, in fact, green. Smyth was brought up on criminal charges and later convicted of obstruction of justice. Today, he was given a conditional sentence along with one years’ probation. 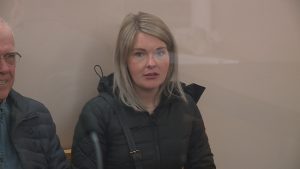 Sitting in the court room today was Megan Dunphy. On Easter Sunday 2015, Smyth shot and killed her father Donald Dunphy, resulting in Smyth being the subject of investigations and an inquiry. Psychologist Marina Hewlett testified that she was surprised to learn that Smyth was back on the job, and said he shouldn’t have returned to work so soon after a traumatic event. She testified he suffered from post-traumatic stress disorder, extreme anxiety and had not had time to mentally heal from the shooting and subsequent inquiry. 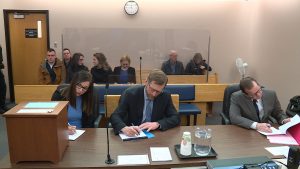 Judge Madden says Smyth’s life has been turned upside down, he has been suspended without pay since the summer of 2018 and his reputation has been ruined. Smyth is appealing the conviction. That appeal is expected to be heard in early June.