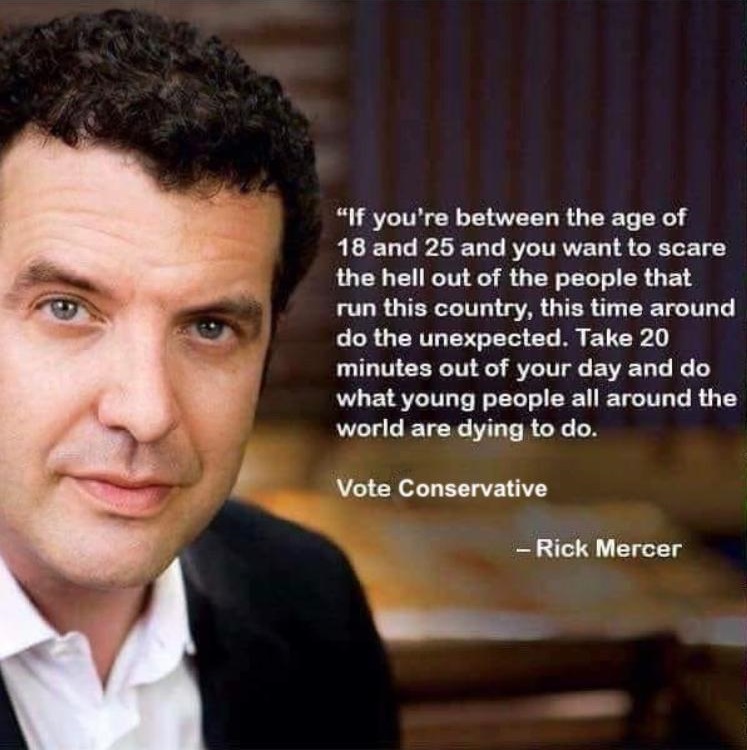 A well known comedian from this province is calling out the federal Conservatives and one candidate in particular after they attributed a quote to him, which he says had been taken out of context and altered, to suggest he supports the party.

Dear @AndrewScheer & good folks at @Cpc_hq – Your candidate in Burnaby North Seymour is distributing a Meme on social media with my face and the words "Vote Conservative" indicating it is a quote from me. Not true. All fake. Please Stop. #WhoAreThesePeople? #Cdnpoli #yuck

The image shows his face with a quote on the importance of voting, while at the same time suggesting that young people vote conservative, but Mercer says it’s a fake.

The candidate – Heather Leung has since deleted the original post.