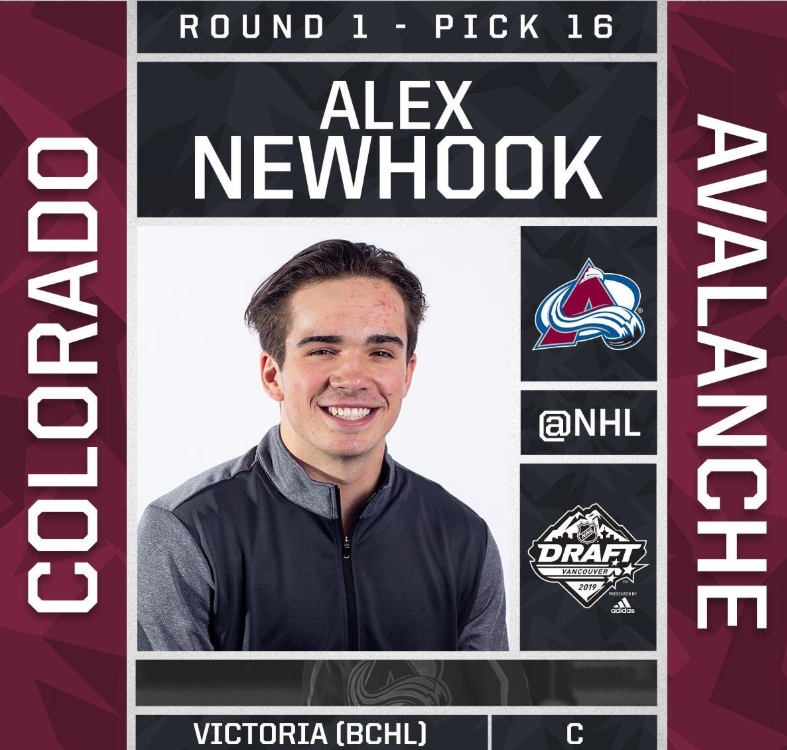 It was an exciting night for 18-year-old Alex Newhook of St. John’s as he was drafted 16th overall by the Colorado Avalanche.

One last thing: you may have noticed that Alex Newhook’s buddies are here to support him…

Newhook has spent the last two seasons with the Victoria Grizzlies of the British Columbia Hockey League, where he’s produced 168 points in 98 career regular-season games and 33 points in 27 total postseason contests.

He was the 13th-rated North American skater in NHL Central Scouting’s final rankings for the 2019 draft, moving up from the No. 16 spot in the midterm rankings.