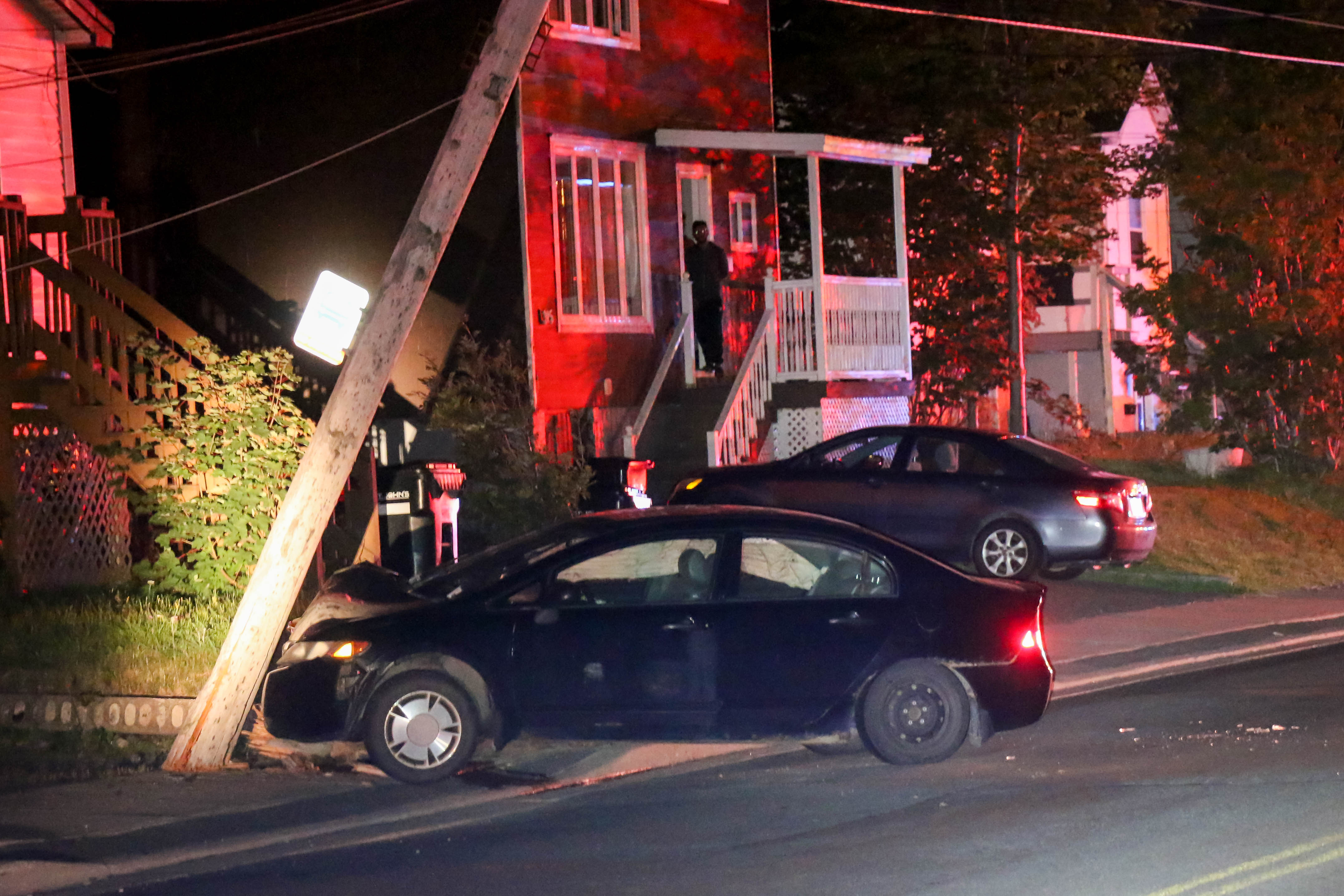 A portion of central St. John’s was plunged into darkness shortly before 2:00 a.m. after the driver of a sedan lost control and struck a utility pole on Freshwater Rd. The force of the collision snapped the pole at its base, leaving it suspended by the wires overhead. The driver of the vehicle fled the scene on foot before emergency crews arrived on scene. 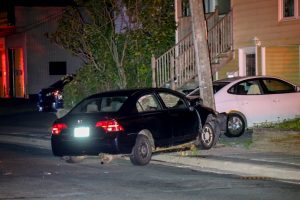 Area residents emerged from their homes to investigate the commotion, however the sound of creaking wood and fear of a full collapse of the pole prompted officials on scene to keep everyone at a safe distance.  Police closed Freshwater Road between Stamp’s Lane and Elizabeth Ave as crews attended the scene. Personnel with Newfoundland Power were forced to turn off power to the immediate area until repairs could be made.