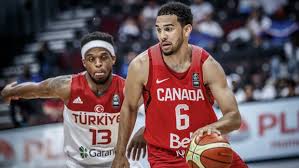 Canada will face Chile on Thursday, Feb. 21 before taking on Venezuela on Sunday, Feb. 24. Canada has something to prove against Venezuela’s as they were the team that knocked Canada out of the previous Olympics.

Not only will Canada be playing qualifying games in St. John’s, they’re also partnering with Newfoundland and Labrador Basketball Association to host clinics for both players and coaches.

Canada Basketball will be in town for a week with the event and with the added draw of two more national teams the games will be a economic boost for the downtown of St. John’s.

“It’s important for the economy to have events like this, especially in the month of February when our tourism numbers are obviously very, very low,” explains St. John’s Mayor Danny Breen. “It’s good for the hotel sector, it’s good for the bars and restaurants in the downtown area and it’ll be great to see some high level basketball.” 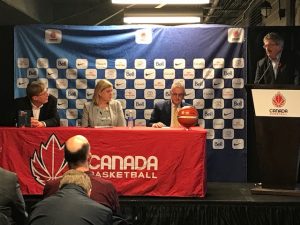 Two-game ticket packages will go on sale for a limited time beginning Saturday, Nov. 3 at 11:00 a.m. for $24. Individual tickets are available on Saturday, Nov. 17 at 11:00 a.m. Tickets will be available at the Mile One Center box office and online.Canada currently sits atop Group F with a 7-1 record, followed by Venezuela with the same record.

In the second round, the three highest-placed teams from each group and the best fourth placed team between Group E and F (total of seven teams) will qualify for the FIBA Basketball World Cup 2019.

From the FIBA Basketball World Cup 2019 in China, seven teams will directly qualify for the following year’s Tokyo 2020 Olympic Games.