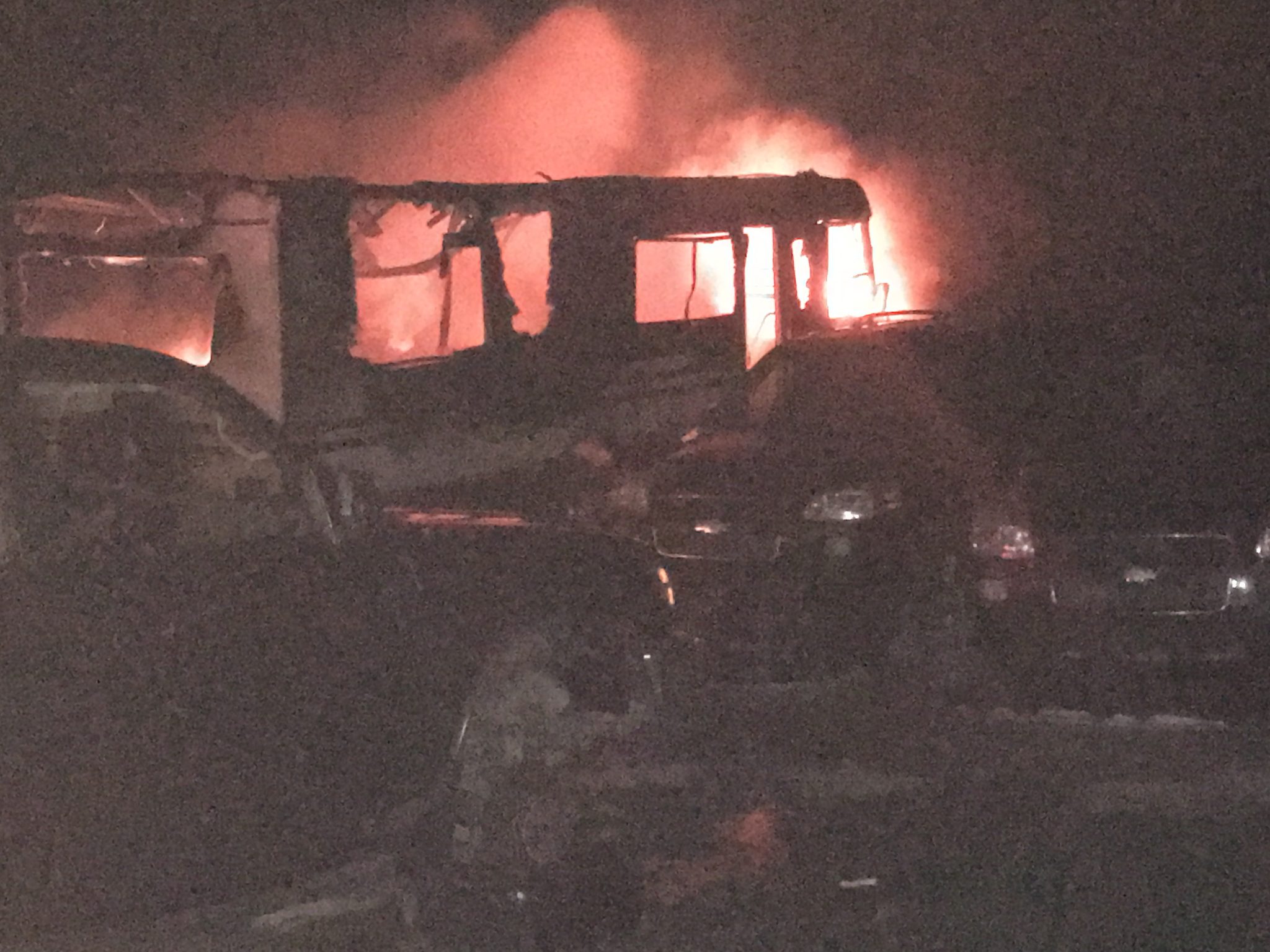 A motorhome-style camper, parked behind a building on Brookfield Road, has been destroyed by fire. 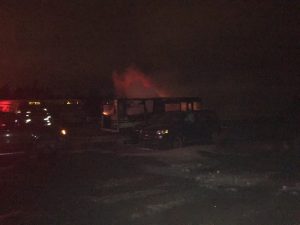 Firefighters got the call shortly after 7:00 Saturday night. They arrived on the scene to find the camper fully engulfed in flames. There were several vehicles, including school buses, parked nearby and there were fears that the fire may spread to nearby vehicles. The initial truck exhausted its supply of water without extinguishing the fire. 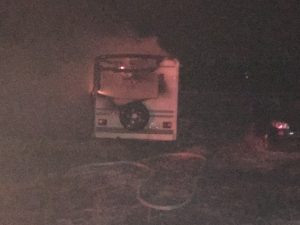 A second pumper had to be called in to battle the flames, while the initial truck refilled its water tank. The fire appears suspicious in nature. The RNC will be investigating.