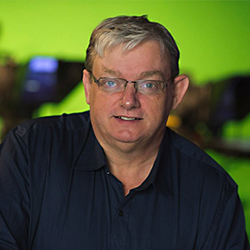 Bart Fraize covers crime and spot news for NTV. Throughout his career, he has carved a niche for himself as one of the best spot reporters in Atlantic Canada, bringing viewers dramatic images of fires, floods and high-angle rescues. It is in pursuit of “news as it happens” that NTV has made a name for itself in the Newfoundland marketplace, and the pursuit of that particular type of news is where Bart excels. He has been honoured multiple times by the Atlantic Journalism Awards. Bart’s commitment to news reflects NTV’s promise to be “first with the news in Newfoundland and Labrador.”