Every year, six million people visit the Avalon Mall in St. John’s. Together, with the more than 140 stores, they generate a lot of garbage – two 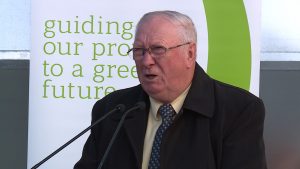 tonnes every day. Today, that number has been slashed in half thanks to a new industrial composter. 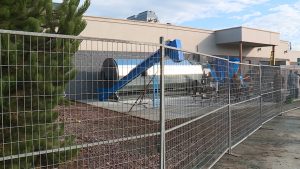 When you enjoy your meal in the food court you are not thinking of what happens to the leftovers and what you throw in the garbage. 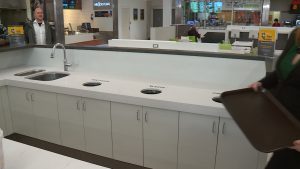 Derm Flynn of the MMSB says a lot of people eat at the food court, noting 30 per cent of all waste going to landfills in the province is organic. Close to a tonne of organic waste is thrown in garbage bins at the mall every day. Those bins are now disappearing and the first tray valet station has been installed. Donna Vincent, marketing manager for the Avalon Mall, say they are asking people to bring their tray to the valet station where staff will sort it into recyclables, trash and organic waste. 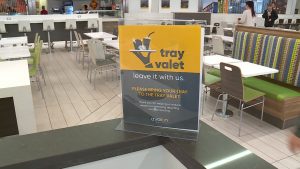 Vincent says having staff sort items from customer trays reduces cross contamination before the organic waste is taking outside to a new industrial composter. 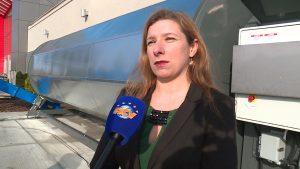 Jamie Stroh of the Avalon Mall says the waste first goes into a mixer/shredder before a composter where it sits for seven to 10 days before being turned into compost that is then used by Island Compost in their fields. The industrial composter is part of the $112.3 million redevelopment of the Avalon Mall, the MMSB held with the cost of the composter to the tune of $15,000, is it the maximum they provide to any project.