There has been another suspicious fire in the Mount Pearl area, the third since Christmas Day. 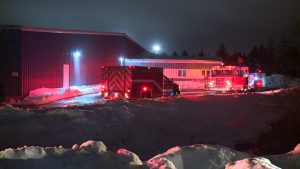 An automatic fire alarm summoned firefighters to the Funderdome, an indoor amusement park off of Topsail Road in Mount Pearl shortly before 1 a.m.

When firefighters arrived, they could see a light haze inside the building. The call was upgraded from an alarm call to a structure fire. 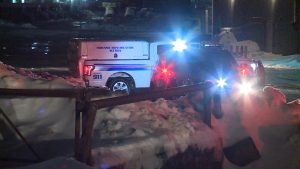 Once firefighters forced their way inside, they found that the sprinkler system had extinguished a fire in the rear of the building. Firefighters remained on the scene for over an hour. There was significant smoke and water damage.

The business had been closed since 5 p.m. New Year’s Eve, so there were no injuries. Investigators were quickly on the scene, paying particular attention to the rear of the building. 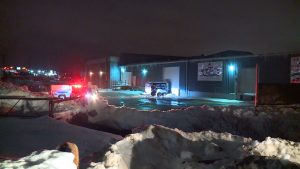 This morning’s fire is the third suspicious fire in Mount Pearl since Christmas Day. The first two happened at the Hotel Mount Pearl, which was destroyed.