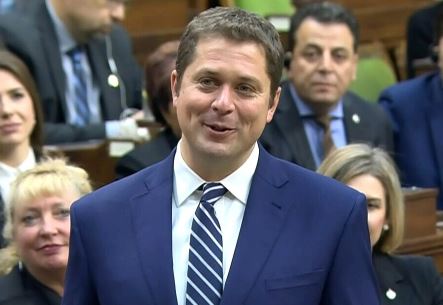 Andrew Scheer is resigning as the Conservative leader, but will stay on until a replacement is named.

Scheer told the House of Commons Thursday it is “one of the most difficult decisions” he has made. He made the announcement after meeting with his caucus on Parliament Hill on Thursday morning.

Because of the disappointing election loss for the party, Scheer was set to face a mandatory leadership review at the Conservative convention in April, but in recent weeks there was mounting pressure from party insiders for Scheer to step aside sooner.